Opinion | From Benedict XVI to Pelé: two different beauties and one true ending 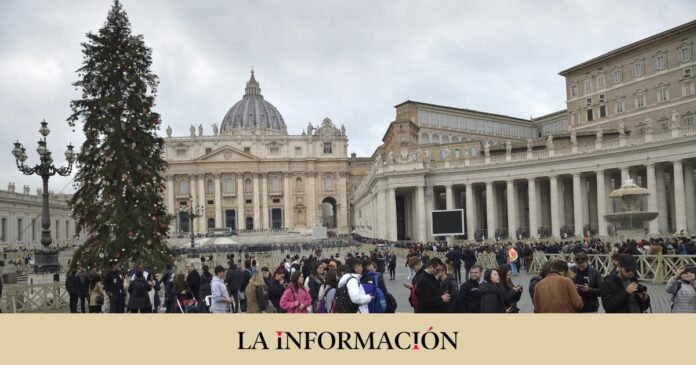 Pelé dies and Benedict XVI dies, go for God’s sake; the “opium of the people” dies concentrated in two. Marx was the first to smoke a hypothetical joint and announce that “religion is the opium of the people.” Then, half a century later, Eduardo Galeano, a Uruguayan writer, reinvented Marxism with a couple of balls: “soccer is the opium of the people.” At this point in life, opium has moved to other newer and more recent neighborhoods: social networks and the thousand and one televisions, with their good doses of garbage and political rubbish. They are modern times that roar where you least expect it.

But let’s keep moving forward, because the deaths of Benedict XVI and Pele are not possible deaths. To begin with, we have the devotees of cosmic superstitions who tend to classify and attribute misfortunes in threes. One plane goes down and “accidentally” a second plane goes down and then a few days later a third plane goes down. An elevator falls and in a short interval of time two more fall. It doesn’t only happen with airplanes or elevators, it also happens with natural phenomena: earthquakes, volcanoes, floods, tsunamis… third illustrious passenger, or passenger, who will be part of this crew towards the Grim Reaper? Ah, death, that unexpected and always feared visit that can never be missing in a good body that dreams of glory.

Soon we will see it and we will say: it is coincidence, and we will forget that coincidences do not exist no matter how hard we start and we are incapable of seeing the causalities of unprovable, but not improbable facts. Already in the history of the Roman Empire there was talk of these strange incomprehensible phenomena, and there were strong controversies between pagans and Christians taking responsibility for the catastrophes that occurred for provoking the anger of the loses, and altering the “pax deorums” (peace deorums). gods) a kind of harmony or agreement between men and divinities for mutual benefit and tranquility of the state in Ancient Rome.

But let’s go to the point of the question. Pelé, in addition to being a great player, is the memory of childhood, of naked paradise. The springboard of humble times and without so many complications in which creativity was more awake and with a ball you were ‘o rei’ of any poorly paved street. Pelé had been a hologram in himself for years, from the past and from YouTube for the historical testimony of the vast majority of fans. His three World Cups and his 757 goals were part of soccer legends; However, thousands of Brazilians will cry these days for a myth that they never saw played, they are the paradoxes of soccer fame.

Vatican fame is something else and has other paradoxes. Talking about Benedict XVI is also different and something deeper. Without a doubt, he has not been the most popular or charismatic Pope, but he has been the most intellectual and the most brilliant when it comes to defending with reason what is most fundamental for the Catholic Church: faith in Jesus Christ. Ratzinger has been a great theologian and a great philosopher, capable of measuring himself with colleagues and rivals of the stature of Hans Küng or Jürgen Habermas, all of them brilliant-brained Germans.

But the balance sheet of a Pope is not the income statement of a company or a political party. Although there is an institutional behavior of the Vatican and of hundreds of priests that must be questioned and criticized in order to be able to correct itself properly in all the human situations that concern it. And both Ratzinger and Benedict XVI knew how to act accordingly in light of the proven facts, something that Georg Gänswein, personal secretary of the Pope emeritus, will shortly demonstrate with new data, in a book written by himself and that will appear in a few weeks.

As the founder of Christianity and of the Church himself recalled: “my Kingdom is not of this world”, which is equivalent to saying clearly that the Popes are not political leaders, in any case they are spiritual leaders who want to fill the temples with the faithful but without selling or offering a religion tailored to the consumer or changing the fundamental issues to follow the social fashions and cultural trends that prevail in the world. Benedict has also been accused of being conservative in ecclesiastical and doctrinal matters, forgetting that what is essential in a Pope is precisely due in those matters that are the foundational origin of the very existence of faith and revealed truth.

The emeritus pontiff was conservative in what was essential and a revolutionary in what was accidental when he resigned his papacy, something that had not happened for 600 years. In any case, the best way to understand the brilliant intellectual that Pope Ratzinger was is to read his many exciting books on spirituality, and to do so with the honesty provided by an unprejudiced intelligence that only seeks the truth, because ultimately that what Christianity seeks: to make known to man the meaning of his existence.

Share
Facebook
Twitter
Pinterest
WhatsApp
Previous article
More expensive than diamonds: a ranking of the rarest gems on Earth has been compiled
Next article
A nuclear-powered car, a hydrogen plane, a flying saucer – what achievements of the USSR we cannot repeat today – Rossiyskaya Gazeta