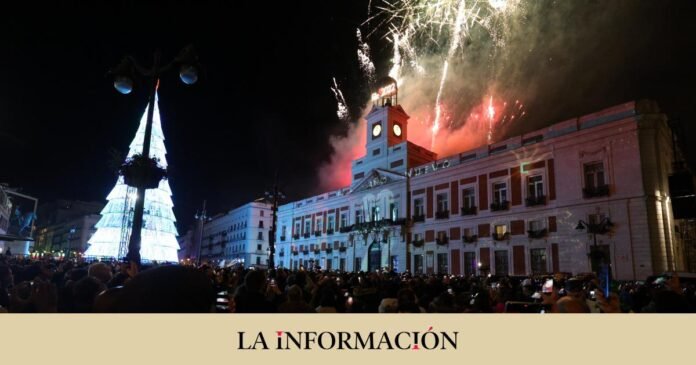 Given the dates they are, I would like to play the tambourine and toast with everyone to a better world. And the truth is that it analyzes the existential levels that we have experienced/suffered in this 2022, I do not think it will be very difficult to improve the expectations of the coming new year. But lo and behold, despite the optimism and singing a samba of my hope, 2023 paints black, very black, so scary and frightening… Before continuing I must make a clarification: I have barely written five lines, and surely already A few readers will have been offended for not being politically correct and saying that the future looks bleak.

If what has been said bothers me, I am willing to change it for another color, if you prefer it for a future dark white nose, or a future brown like thick chocolate. The ‘Woke’ subculture and Stanford University -with dozens of Nobel Prize winners to its credit- are determined these days to eliminate a hundred words in common use so as not to hurt the puritanical and scrupulous sensibilities of a part of American progressives. Be very careful because this is not a joke, and it starts by censoring a few words and ends up by banning the whole kilo of free thought.

Returning to the white-black-brown future that awaits us, mainly for the Spanish, I will remind you of a couple of economic facts. A lot of announcing the social shield, which never hurts if it falls into the right hands, a lot of hype and cymbal to the aid that provides bread for today and hunger for tomorrow, but none of this solves the real problem of unemployment that persecutes us so much. A lot of propaganda alibi but the harsh reality of the data and the accounts is what prevails: since Pedro Sánchez came to power, Spanish GDP per capita has grown by 260 euros, something is something they will think. Well, in the average of the countries of the European Union the increase has been -take good note- of 1,550 euros. It is a global but very significant data. Spain still has not recovered the pre-covid level.

The Executive’s plans are not based so much on fighting for employment and its quality to grow, or for companies to function more and better every day, or for SMEs to increase their turnover and thus create more jobs; The government’s objectives are focused on equalizing everyone below, not on growing together above, but on maintaining the purchasing power of Spaniards while also suffering from large price rises. Then Papa Estado goes with his icy hand and our money in his pocket, and gives a paycheck to the most needy but to the others, to the resigned and indignant middle class, who also suffers from the economic inclemencies, he leaves them with their skirts air but with the cost of living through the roof. Then the Moncloa propaganda apparatus will come out to say that there is a lot of negative criticism; What there is is a lot of informative reality, which Pedro Sánchez and his ministers do not want to see. Without a doubt, Sánchez is on his way to becoming a Rodríguez Zapatero, determined to deny reality and evidence.

Beyond the fallacies about the prosperity of national finances, comes the entanglement of the Catalan oasis. The twisted excuse that Spain is doing better because Catalonia doesn’t make noise is the biggest political scam of the season. Catalonia does not make “so much” noise because, in addition to giving politicians what they ask to change laws that reduce embezzlement and annul sedition, the economic situation of the autonomy was so bad that it could not take another minute. It was and is, let us not forget, so impoverished that there was no possibility of continuing down the absurd path of unilateral independence for even one more day. Economic necessity due to institutional and separatist negligence is what has changed many things, along with Sánchez’s “gifts” to please separatist politicians in exchange for supporting the Budgets and other niceties. The thousands of companies that left Catalonia in 2017 are still not coming, and this is evident in the Catalan GDP and in the pockets of citizens and the bourgeoisie. You already know that the “peel is the peel” and here few jokes with things to eat.

Finally, the year 2023 looks very black, or if you prefer, it paints a very dirty white, and it is not only because of the economic data, or because of the prices of the shopping cart, or because of the rise that does not stop in the energy, or per capita income, or because companies have not just started, the worst of this new 2023… The government will say that life in Spain is better than ever, something that even the ministers themselves cannot believe, and the The opposition will tell us that “Sanchismo” killed Manolete, at least, and that the president is willing to retouch or destroy what is left of Spain, beginning with the Constitution and the Monarchy. Sánchez’s problem is convincing the electorate that now he is telling the truth and is no longer willing to lie as before.

Your job, and ours, that of the fair-minded media, will be to find out who thinks the most, who wants to give him the most pig for a poke, based on the fact that all the parties “make up” excessively. Although it is true, that some more than others. These days of the end of the year with many grapes in between, if you allow me, I propose that you toast with all the people of good will that you meet along the way, but do not believe everything that they promise each other, be guided by your sense of smell and intuition, and bet only where your heart leads you. And if someone provokes you, do not enter the rag. Follow Bernard Shaw’s advice: “Remember, never fight a pig; because they will both get dirty but the pig will enjoy it.”