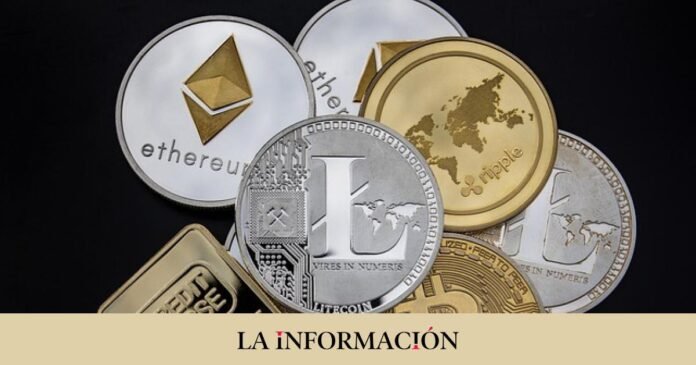 2022 has been an abominable year for digital currency investors. Since its maximum value reached in 2021, cryptocurrency losses have exceeded 70% in a single year and half of its owners have recorded red numbers in their accounting. Bitcoin, born fourteen years ago, has always been orphaned by regulation, which has undoubtedly caused numerous scams attributable – “the hand that rocks the cradle” – to digital criminals.

Recently, the media have spread the colossal scam of Sam Bankman-Fried, founder of the company FTX. Bankman-Fried, the “king of cryptocurrencies”, was arrested in the Bahamas on December 8, at the request of the United States. The justice of the country of the stripes and stars accuses him of the commission of eight crimes. The “king of cryptocurrencies” has the right, until a judgment with the force of res judicata is handed down, to the presumption of innocence. But there are rational signs of criminality against him that suggest his cunning to deceive the public eager to make money at the speed of light. Some unsuspecting people who did not think much about it when they made the decision to trust FTX. Bankman-Fried’s lies also made a dent in the lenders who gave him the necessary funds to fill the company’s portfolio of assets (actually, his personal portfolio), not to mention the clients who operated through its platforms. . The value of the alleged embezzlement committed by young Sam is estimated at more than 10,000 million dollars. And in a million the number of injured.

The advertising lures used by the “king of cryptocurrencies” to attract customers faithfully responded to the classic manuals that have long been studied in business schools. Although the passing of the years has varnished, for the better, the aesthetics of the massif of the breed. If half a century ago a lady with curlers in her hair and dressed in a kitchen apron appeared on TV who confessed to the viewer her privacy – Hello, I am Marisol’s mother but today I am not going to talk about my daughter’s songs but of the Starlux chicken broth”-, Bankman-Fried has hired to show off her palm on her platform and waddle like a silly bird with an undoubted commercial hook to that expansive bombshell that turns her head when she hears, silky and brunette, the name of Gisele Bundchen .

Can an individual who has been fleeced by a fraudster calculate as losses in his personal income tax return?

The safe haven where Bankman-Fried has hidden the proceeds of his Ponzi scheme is ignored. Which, in practice, makes it almost impossible for the injured parties to recover their savings. The issue is greatly complicated by the fact that FTX hardly produces documentation on the movements of its portfolio.

So far the purely economic consequences suffered by those who like to play with fire. But what about the tax side of the scam? Can an individual who has been fleeced by a scammer who –through a platform- managed his investment in cryptocurrencies, calculate as losses in his personal income tax return? What happens in Spain?

An ill-fated investor lost all his savings on one of those platforms and reported the events at a National Police station. The victim of the digital stamp scam has asked the General Directorate of Taxes (DGT) what he can do. In its binding challenge, the DGT maintains that currently “there is no legal definition of crypto assets.” Only a Proposal for a Regulation of the European Parliament and of the Council that would modify Directive (EU) 2019/137. Article 3.1.2 of the Proposal defines crypto assets as “a digital reproduction of value or rights that can be transferred and stored electronically using decentralized ledger technology or similar technology”.

However, the concept “cryptoactives” or virtual assets covers many specific modalities, including cryptocurrencies or virtual currencies. And of these there is a legal definition (article 1.5 of Law 10/2010, on money laundering). “Virtual currency is understood as that digital representation of value not issued or guaranteed by a bank or public authority, however associated with a legally established currency and that does not have legal status of currency or money, but that is accepted as a means of exchange and may be transmitted, stored or traded electronically.”

But, for tax purposes, what classification does the law grant to virtual currencies? A reiterated doctrine of the DGT considers that cryptocurrencies are intangible assets. Immediately afterwards, the DGT affirms that the consultant is the holder of a credit right against the owners, managers (and custodians of the assets invested by third parties) of the platform, which enables him to demand the return in cash of the value of his investment in cryptocurrencies. According to this theory, the injured party has a contractual relationship with the alleged fraudsters and his credit, after the term of evolution of the money invested, has been considered expired and not satisfied.

Based on this premise (I anticipate that it is illogical), the advisory body tells the affected party that their loss is a taxable event (negative) subject to personal income tax under the concept of “equity gains and losses”. The loss must be included in the general tax base. However, -continues the DGT-, “the amount of a credit not repaid when due does not automatically constitute a patrimonial loss, as the creditor maintains his credit right and only when this right may be uncollectible from the point of view tax will be when it produces its effects in personal income tax, understanding that the existence of a patrimonial loss has occurred at that moment.

And, when is the loss imputed to a tenor of the Personal Income Tax Law? The answer -in the opinion of the DGT- is found in its article 14.2.k), which regulates the temporary estimation of losses derived from overdue and uncollected credits. The loss will be attributed “to the tax period in which any of the following circumstances occur:

2ª.- That, when the debtor is in bankruptcy situation, the agreement in which a reduction is agreed becomes effective.

3ª.- That the period of one year from the beginning of the judicial procedure other than those of bankruptcy that has for the execution of the object of credit without this has been satisfied.

Naturally, the DGT indicates the third way. He suggests to the swindled that they start a judicial procedure for the execution of the credit and that they have the patience to wait a year for their loss – abradacadabra! – to have tax effectiveness. Which means incurring large expenses (procedural representation, defense, expertise…). Maxime if the dispute must be resolved beyond the Pyrenees.

However, the interpretation of the DGT is wrong. According to article 1,740 of the Civil Code, “by the loan contract, one of the parties delivers to the other, or something non-expendable so that they can use it for a certain time and return it, in which case it is called bailment, or money or other fungible thing, with the condition of returning as much of the same kind and quality, in which case the name of the loan is simply kept. Well then, the question submitted to the interpretation of the DGT does not resemble, neither much nor little, a loan contract. It is incongruous that the DGT, following the definition of Law 10/2010 (“a virtual currency that is accepted as a means of exchange, and can be transmitted, lost or negotiated electronically”), ends its task by stating that the operation consulted is a loan In addition, loans, by their very nature, are not likely to generate capital gains or losses. They are a source of income from movable capital (interest).

Cryptocurrencies are financial assets that are listed on private markets (outside the intervention of agencies or any other state body). It is a real challenge to establish and regulate the legal-fiscal status of cryptocurrencies. But what is clear is that the investor assumes a great risk when acquiring and speculating with these intangible assets, managed by platforms that are uncontrollable by the public authorities. If the administrators of the platform commit a crime of embezzlement and the entity goes bankrupt, the cheated investor will accrue a patrimonial loss (to be integrated into the personal income tax savings base). Without any other preamble than the decision of a judge who declares, with universal effectiveness, that nothing here, nothing there, the assets have disappeared. That moment, without waiting for the mistral to slowly move the pages of the calendar, will be the date of the accrual and the temporary imputation of the loss caused, not by a borrower, but by a sucker eager to fill his pockets with real money.