HomeLatest NewsOpinion | The Magi exist... as long as they believe in...
Latest News

Opinion | The Magi exist… as long as they believe in them 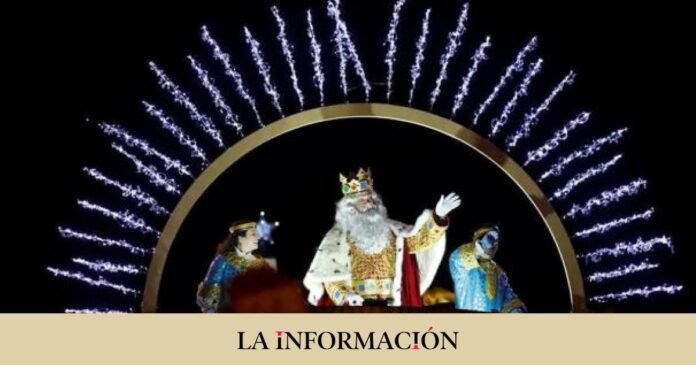 When my children asked me if the Three Wise Men existed, I settled the matter forcefully, telling them: “The Wise Men exist… as long as you believe in them. When you stop believing, they stop coming.” No more questions and this is the day that, 20 years later, they still believe in them blindly!

Some will say that my response was ‘manipulation’ or emotional blackmail and that my children’s faith was not an act of true faith, but self-interested faith. But a ‘manipulation’ is when you try to take advantage of another for your benefit and not when you do something for their good. And every act of faith is done because it interests you: you want to believe in something or someone because you need to believe and because you expect something.

But it is that, in addition, I did not lie to them. The Magi exist, if you believe in them. It exists as a concept, as a belief, as a tradition. And all those who believe in them make their existence possible, participating as ‘helpers’ or pages. Just like you can believe in angels. Notwithstanding in beings with wings, but in that we can all act as such, at some point, for someone.

One more year the assistants or pages of the Magi have had a hard time finding gifts that could make my children excited, because with each passing year it is more difficult to get it right: they have everything and their Letters to the Magi are about things very difficult to find or beyond the budget. How much those letters were missed in which they only asked for toys!

But, although one more year the Three Kings work their magic and manage to hit the gifts that can make them excited (within an order and budget), one is left with the feeling that these are not the gifts that you would have I liked that they brought them, because it is not material things that they need the most, at this moment in their lives, some boys who are in their 20s.

This Christmas, a well-known sausage company carried out, like other years, a very ingenious publicity campaign, in which it proposed what was the best legacy -or the best inheritance- that it could leave to future generations. And I also ask myself, not as a legacy or inheritance in a will, for when I can no longer see it, but as a gift from kings for here and now.

This week an article entitled “Excess expectations: the problem that prevents young people from finding work” was published in this same medium, in which the general director of a company specializing in “recruitment” stated that “excess ambition in Negotiations is one of the great brakes that hinder the entry of the young people of ‘Generation Z’ to the labor market”.

Apart from the fact that there is no unanimous agreement on when each generation ends and begins (boomers, generation X, generation Y or millennials and generation Z), it is a fact that the attitude of young people towards the labor market has changed and that this attitude has interpreted by some as a lack of desire to work or overly ambitious expectations for what they can contribute.

But it is no less true that the life expectations they have are very hard: precarious jobs and salaries, which do not allow them to become independent because rents are increasingly expensive and buying a home is out of their reach. And, if one day they can manage to do it, it will be with water around their necks, living only to work and without the possibility, even, of considering having children.

The advertising campaign said that the best legacy we could leave to future generations was courage. But I am very afraid that it is not enough, if there is no hope. Many say that today’s young people do not have the same culture of effort and sacrifice that previous generations had, although that is something that all the new generations say.

But one has courage, makes an effort and is capable of making all kinds of sacrifices, if one sees that all this is useful for something, that it is worth it and that there is light at the end of the tunnel. But it is very hard to ask that of someone who only sees a very black future. That is why it does not seem fair to blame them and make a simplistic analysis of the issue, because our responsibility is that they see that light and have that hope.

For this reason, what I would really like the Three Wise Men to bring to my children, my students and all young people (millennials and generation Z), is not only courage, but hope that things can change, and confidence in themselves to change them, because the future will be what you want it to be. And we, the boomers and parents of generation X, will be here to help you.

Share
Facebook
Twitter
Pinterest
WhatsApp
Previous article
What is changing in healthcare under CHI? How will we be treated in 2023?
Next article
RIA Novosti: the calculation of the “Grad” of the RF Armed Forces destroyed the firing positions of the Armed Forces of Ukraine in the direction of Zaporozhye KXan 36 Daily News