HomeLatest NewsOpinion | The year of the tax cut
Latest News

Opinion | The year of the tax cut 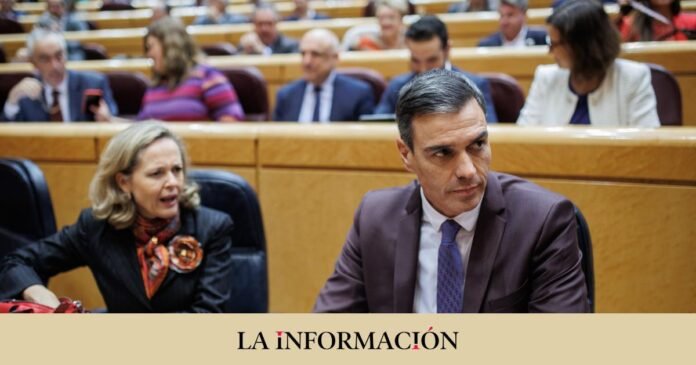 Before you think that the Christmas holidays have wreaked havoc on my perception of reality, let me explain the reasons why I have given this title to my opinion piece. Taxes will drop in 2023, despite the government’s repeated refusal, and I believe this for various reasons and not only because of the anti-crisis package approved on December 27.

We go for the first reason. In the economic literature, specifically in what is known as the Public Choice school, there is abundant evidence that public spending increases before each election, especially when the Government does not trust that it will win the elections. It has been proven throughout the history of many liberal democracies that an increase in transfers to families has a positive effect on the political position of the Government. This is explained by authors of this school -such as the Nobel prize winner in economics James M. Buchanan- who consider the growth in disposable income as one of the determinants of electoral results, in such a way that the fiscal action of the Government directly affects to his level of popularity and therefore to electoral success. In the year 2023 we will have at least two electoral calls in most of the country and in some cases up to three: municipal and regional votes and general courts.

The Government is aware that the inflationary crisis has affected all families and public spending programs will be redoubled to compensate for the loss of purchasing power. But time is running out and subsidies and subsidies require a bureaucracy that consumes time that the Government does not have. Approving the measure, including it in the budget, drafting the regulations, issuing the call and awarding the aid means, in the best of cases, three months and the May elections would be over. On the other hand, the tax reductions -especially in some taxes- are immediate and the pockets of the voters perceived them instantly.

The second reason is that the Government has already tried the recipe for lowering taxes and it has liked it. In June, President Sánchez lowered the VAT on electricity from 10% to 5%, in September it was the turn of gas, which went from 21% to 5%. In autumn, the lowest incomes, how they saw, had their income tax reduced. Finally, the law to promote the ecosystem of emerging companies, known as the startup law, came into effect on December 22 and includes important tax benefits for thousands of entrepreneurs and angel investors. In all these cases, public opinion has welcomed the measure and also for energy it has had immediate effects in lowering the escalation of prices, as seen in the latest CPI data. That is why it is not surprising that now the Government has left the VAT on basic foods at zero or reduced the tax on oil and pasta by half. It would be about making the shopping basket cheaper with highly demanded products in order to alleviate the effects of inflation in the most disadvantaged households (and incidentally scratch some voters).

Europe is the third reason to lower taxes. Not because Úrsula von der Leyen is going to ask Sánchez, who despite being elected by the popular Europeans for the presidency of the Commission seems to be one more social democrat, but because it is a way to execute the Next Generation funds that so much it’s costing us European countries such as France, Italy, Denmark, Austria, Sweden or Portugal are already using these community aids to reduce the tax paid by both companies and families, as well as create tax incentives. Last week the CEOE sent a report to the Government that includes its contributions to the addendum to the recovery and resilience plan, with a series of measures that include reduction of tax burdens, the establishment of moratoriums and deferral of payments to Social Security and the Treasury , as well as the expansion and implementation of new ico lines that would guarantee liquidity, financing and solvency for hundreds of thousands of Spanish companies and thus reduce the effects of the inflationary crisis among the weakest economic fabric, micro-SMEs and , which they represent at least more than two million people with the right to vote. Nor can it be ignored that the biannual presidency for Spain is just a few months away and it is necessary to govern as if one were just another European statesman and remove the misgivings that many continental governments have with Sánchez’s partner; By lowering taxes, it shows who is in charge in the national council of ministers.

Let’s go for the last reason that has to do with the polarization and concentration of the vote. There are many studies that explain the increase in the ideological fracture in modern democracies. The last one I have read was the one promoted by LLYC and Más Democracia in which the most extreme polarization territories are explained, namely: immigration and feminism. The matter of taxes does not appear. ESADE has also studied this matter and has concluded that the polarization does not affect the tax issue. We are much more polarized with respect to identity issues (ideological or territorial) than with respect to specific public policies. In the data that they analyzed in the Catalan business school, ideological and territorial polarization was between two and three times greater than the polarization around taxes. So it does not have to worry Pedro Sánchez. By lowering taxes he will not miss the train of concentration of the polarized vote on the left.

Whatever it is, we will see it shortly and our pockets will notice it. Let’s hope for the best.