Orfin requests a restructuring of VAT, personal income tax and companies to apply from 2024 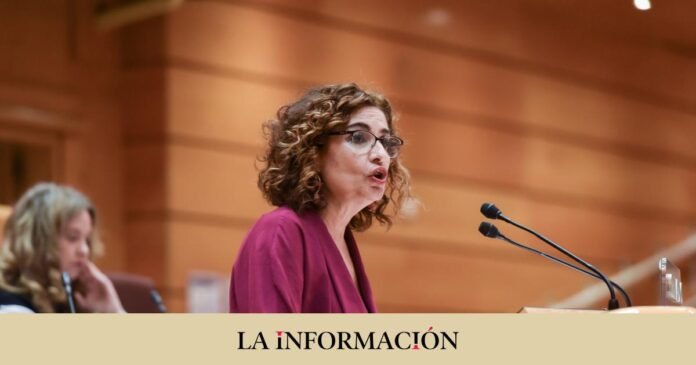 A profound reform of the Spanish tax system to put an end to a structural deficit in public accounts of more than 3% that the country has been registering since before the outbreak of the Covid-19 pandemic. The Observatory of Financial Reality (Orfin) opted for a restructuring of IRPF, VAT and Corporation Tax, the three main taxes in terms of collection, which can be applied as of 2024, as well as for a greater consideration of special taxes, all from green taxation, which serves to support the process of energy transition and digitization.

Spain not only has a problem of structural deficit, but also of indebtedness, since the liabilities of the Public Administrations as a whole far exceeded the objective of 60% of national income set by Brussels before the health crisis. Both factors already placed Spain “as one of the most indebted countries and, therefore, most vulnerable to the arrival of a black swan such as the pandemic”, highlights the report ‘Pending tax reforms of the tax system and tax rules’.

Both in 2021 and 2022 there has been an improvement in tax terms, with very significant increases in collection, to reach a record figure this year. In Spain, public revenue at the aggregate level points to a procyclical and stable trend over time, with an average over GDP in 2019 of around 35.4% of GDP; 5.6 percentage points less than the EU average at Twenty-seven and six points below the euro zone.

Since then, the ratio of collection to GDP has converged with that of our partners, so that the gap has been reduced to 2.7% in 2021 compared to the EU average, and to 3.2% in relation to to the rest of the countries with which we share the euro. This has been the case due to the combined effect of the fall in nominal GDP and the evolution of tax revenues which, according to experts, should be read with caution. “These are two temporary factors and it will be necessary to see if the reduction of the gap is only temporary as well,” says María Cadaval, professor of Applied Economics at the University of Santiago and co-author of the document.

From his point of view, “some factors could have changed structurally; in particular, the dimension of the underground economy and the degree of tax compliance. But we must not lose sight of the fact that public debt has been issued to maintain income and decouple its dynamics that of GDP”, something that did not happen during the last financial crisis. “We have spent a long time with income below the level of expenses. There has to be a balance, there can be no public spending if it is not financeable,” pointed out the economist José Carlos Díez, director of the ORFIN Chair on Financial Reality.

Experts have recorded that this year the Income Tax will be the “star tax” with more than 100,000 million euros in collection, which will allow the State to collect more with this figure than with Companies and VAT as a whole, being the largest contributors are the class means. In any case, the report has long indicated that the balance of public accounts is far from being reached and that “it is not estimated that this decade will be when debt levels over GDP will return to European reference standards”.

This, at a time when fiscal rules will remain suspended in the Eurozone until 2024 and when, in addition, the European Central Bank has stepped on the accelerator of monetary normalization to combat inflation (with an increase in rates of up to 2.5% and reserved withdrawal of the sovereign debt purchases). But also at a time when the Spanish economy has not yet recovered its pre-pandemic GDP levels.

Precisely, in relation to the reform under debate of the fiscal rules at a European level, Santiago Lago, professor of Applied Economics at the University of Vigo and the other author of the document, values ​​very positively the proposal recently published by the Commission European. From his point of view it is “pragmatic, realistic, he has tried to play with the technical positions of the different governments, so that it is viable.” For this reason, he considers that it is very likely that he will not be very affected in the negotiations in the coming months.