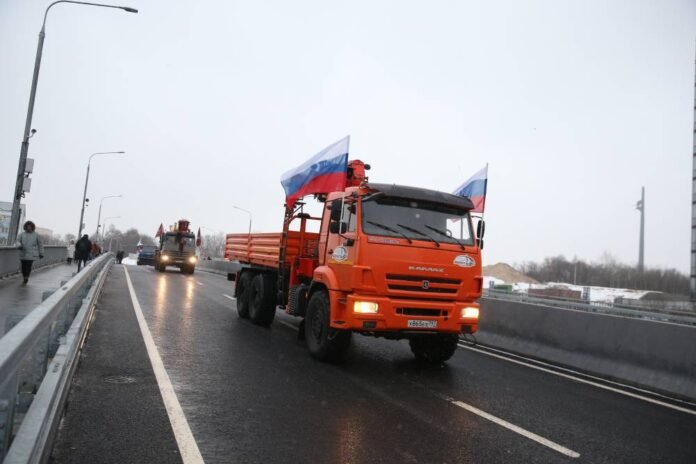 A flyover was built to replace the old one, which had served its time and could no longer cope with the increased flow of traffic.

“The length of the new overpass is 205 meters, which is almost three times longer than the old one,” Alexei Afonsky, the general director of the contractor, told RG and the Northern Substitute of Kutuzovsky Prospekt, which is under construction. Afonsky noted that the new flyover directly linked Bolshaya Filevskaya Street and Kutuzovsky Avenue, optimally redistributing traffic flows both towards the city center and the region. Putting it into operation will also unload the adjacent streets Minskaya, Kastanaevskaya, Oleko Dundich, 2nd and 3rd Filevskaya, Academician Barmin, overloaded with transport.

In total, within the framework of the project, 3.3 kilometers of the network of streets and adjacent roads were reconstructed and built, which also made it possible to connect Minskaya and Vasilisa Kozhina streets, creating an additional link between the Filevsky Park and Dobryninsky districts. . The project also completed construction of an underground crosswalk connecting the odd and even sides of Barclay Street. Another underground crosswalk is being built near the Bagrationovskaya metro station, it will be ready in the second quarter of 2023. Its commissioning will improve road safety in the area of ​​the crossing near the metro station, since pedestrians will not they will have to wait for the traffic light to turn green and also run across the road trying to get to the metro faster.