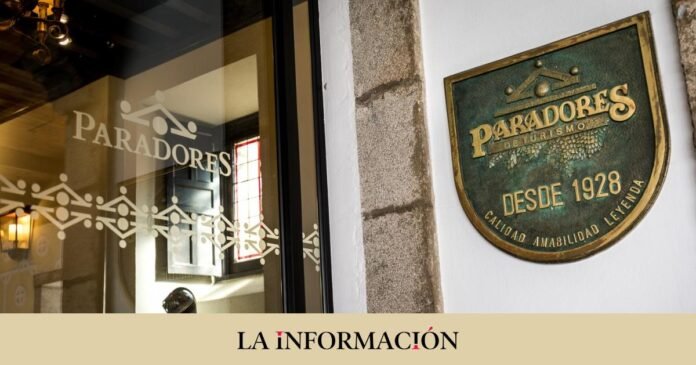 The public hotel chain Paradores will substantially improve its business compared to the last year of normal tourism and will invoice 17% more than in 2019. that registered three years ago, a value that, together with the price increase, will increase the final figure of income up to the 310 million euros.

The restoration of mobility after the end of the restrictions in 2021 was the turning point for the chain, which since then has improved its occupancy figures month after month. These good data will allow, for the first time in history, the company’s income to exceed 300 million euros, anticipating an estimate of 310 million. In 2019, the last year of normality, these revenues rose to 265 million.

Paradores assures that domestic demand “has remained robust”, which, together with the strong desire to travel registered by consumers and the return of international tourists, has generated that the number of occupied rooms in tourist inns has grown by 5 % compared to 2019 and 88% compared to 2021. Pedro Saura, president of the public entity, that this increase in income is also replicated in the restaurant segment, which has grown by 11% compared to 2019 data.

Once the success of its model has been consolidated, the State has launched a plan to increase the offer of Paradores. Today, new facilities are under construction in Ibiza and Molina de Aragón (Guadalajara), in addition to renovating the Parador de Veruela, in Zaragoza. The Government recently constituted in response to a question in Congress that it had no new openings planned apart from those mentioned.

In addition to these new constructions, another 81 million euros are earmarked for rehabilitating the network’s historical heritage, financed by Next Generation EU funds. These will be distributed among 39 properties classified as Assets of Cultural Interest (BIC) located in 12 autonomous communities and the old suburb of Alcalá la Real (Jaén).

This conservation program will be managed by Turespaña and will make it possible to rehabilitate façades, walls, towers, cloisters or churches, mainly. Lighting systems, landscaping projects and conservation of singular elements will also be improved.