Permanent contracts skyrocket in the field despite the lack of activity 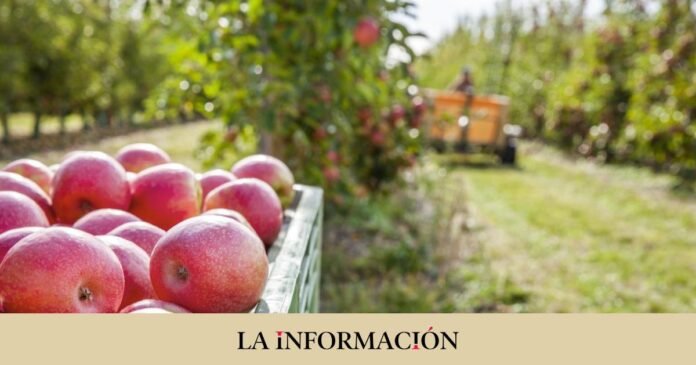 Indefinite contracts in the form of discontinuous permanent contracts have multiplied in the countryside in the last year as a consequence of the labor reform, which gives more guarantees to agricultural workers, although it presents difficulties related to calls for lockdowns to work on leave.

With the labor reform approved by the Government at the end of 2021, the types of contracts have been reduced, so that the ordinary one is indefinite and the temporary ones are limited to production circumstances (with a duration of up to 6 extendable months or 90 days , depending on the case) or to make substitutions.

These changes have led to the explosion of permanent contracts in agriculture, which have gone from around 100,000 in 2019 to 850,000 in 2022, an increase of 737%, the highest recorded between sectors. On the contrary, in this period the number of temporary contracts in the agricultural sector has decreased by more than 1.6 million, according to official data.

Adaptation for the field

“This labor reform is not made for the countryside and its peculiarities in contracting,” explains the secretary of the Asaja agrarian organization, Juan José Álvarez, to EFE, who points out that the new definition of temporary contracts does not adapt to the activity of the field, which is predictable, but not occasional because it is done every year, throughout the campaigns.

Álvarez criticizes that it is not possible to know the benefits of people with discontinuous permanent contracts are really without activity, which “masks the unemployment figures.” The agricultural sector closed 2022 with 113,308 unemployed, an annual drop of 22%, while the Special Agrarian System of the General Social Security Regime lost 707,922 registered in December, 6% less, according to data from the corresponding ministries.

The head of Labor Relations at COAG, Andrés Góngora, points out that the activity of permanent contracts depends a lot on the agricultural areas and their more or less long production campaigns. In his opinion, the sector has adapted “perfectly” to the new contracting rules, taking into account that the discontinuous landline gives “legal guarantees” that the temporary does not have, although “it too corsets the employment relationship”, so the rule should be “flexible”.

The deputy general secretary of UPA, Montserrat Cortiñas, considers that the field needs “loyal and trained” workers, since specialization is increasingly necessary, and is in favor of the fact that they can be repeated on farms with discontinuous permanent permanent contracts. “We have no problem making a certain contract, but we hire when there is activity. In the field we are seasonal because we depend directly on the weather,” Cortiñas argues.

One of the main difficulties of the discontinuous landline modality derives, according to the agrarian organizations, from the obligation to call the workers each year in order to come to the farms, because it is a “floating” population, in mostly foreigners who are working in other areas, back to their countries of origin or with family occupations.

Many times it is difficult to contact employees, who must join the activity if they do not want to lose their position, while companies add to their lists of discontinuous permanent workers and can only terminate them if they are paid compensation.

The person in charge of the agrarian sector in Comisiones Obreras de Industria, Vicente Jiménez, considers it important that the unions negotiate with the employer how to better organize these calls to work, provide accommodation in good conditions and improve wages in the countryside.

He stresses that discontinuous permanent contracts have served to reduce eventuality and precariousness in the sector, since “workers are sure that the employer will call them” every year, granting “some stability.”

The secretary of the UGT agri-food sector, Sebastián Serena, agrees that this type of contract “gives more guarantees” to employees and represents a “safer bet for the sector”, although he would like to have more information about its duration and the activities who use it the most to fully analyze its impact.

Serena points out that the discontinuous fixed “is not a new invention” days, something that “unfairly” does not generally occur in agricultural activity.

Share
Facebook
Twitter
Pinterest
WhatsApp
Previous article
Who will easily find a job and who needs to keep a place: a forecast is given for 2023
Next article
The Ukrainian army, according to the Global Firepower portal, entered the list of the 15 strongest armies in the world KXan 36 Daily News