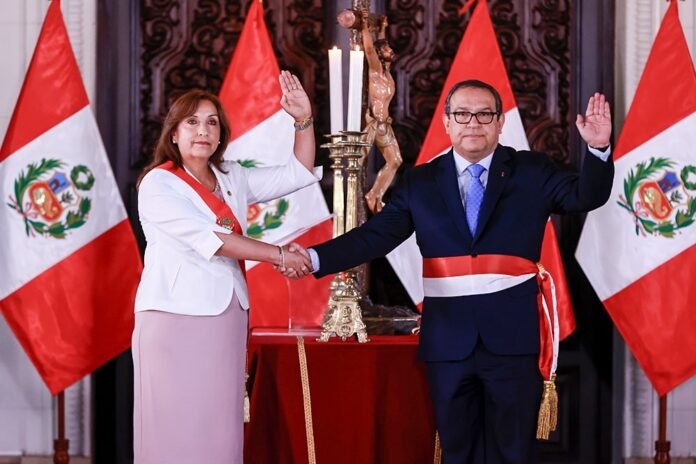 Such a massive change in cabinet members just a week after Boluarte formed his government is associated with massive protests in the country. In the midst of the death of citizens in clashes with the police, the former Ministers of Education and Culture, Patricia Correa and Jair Pérez Branes, resigned. Other reorganizations that affected law enforcement are also related to the riots (in connection with the declaration of a state of emergency in the country, not only the police, but also the army are involved in ensuring security).

As for Otarola, it should be noted that he worked in both departments. In 2011, he was deputy head of the Ministry of the Interior and in 2011-2012 he served as defense minister. Subsequently, Otarola was executive president of the National Commission for Development and a Life without Drugs, held high positions in the armed forces, the police, other ministries and departments, and was a member of the UN International Narcotics Control Board. According to local media, by training Otarola is a lawyer with experience in constitutional and labor law, he was a representative of Peru in the Inter-American Court of Human Rights. He was also a lawyer for the current president, Dina Boluarte.

In the first composition of the Boloire government, Otarola assumed the presidency of the Minister of Defense, and after declaring the state of emergency in the country, he began to play a fundamental role in the Cabinet. As telesurtv.net notes, in fact, it was he who was responsible for the actions of the security forces, as a result of which 26 people died and hundreds were injured.

It should be noted that previously, the Parliament of Peru agreed to the second attempt to hold early general elections in the country. They are expected to take place in April 2024. However, the protesters are not satisfied with this, they demand that the vote be held as soon as possible.

Let us remember that on December 7, President Pedro Castillo dissolved Parliament, which was to consider the question of his impeachment for the third time. However, the deputies held the scheduled meeting and supported the initiative. As a result, Castillo was removed from power and arrested. By judicial decision, he was sentenced to 18 months in pretrial detention for the attempted coup d’état case. The court considered that if Castillo remains a fugitive, there is a great risk of him escaping abroad (for example, Mexico is willing to grant him asylum). For this charge, he faces 10 years in prison. At the same time, several corruption cases were opened against Castillo.

In response to the change in president, thousands of Peruvians who supported Castillo took to the streets, began blocking roads, seizing various businesses, and vandalizing police stations.

The leaders of Mexico, Colombia, Bolivia and Argentina have expressed their disagreement with the way in which the president has changed in Peru, in their opinion, the elected Pedro Castillo is the legitimate head of state. Mexico City even granted asylum to members of his family. However, these actions led Lima to decide to expel the Ambassador of Mexico, as well as temporarily withdraw his representatives in the four aforementioned countries.

And the new head of government of Peru called on the Mexican president, Andrés Manuel López Obrador, to stop commenting on the situation in the South American country.