Playterview: What Mayot heard while working on the new album “Gas Kid 3” 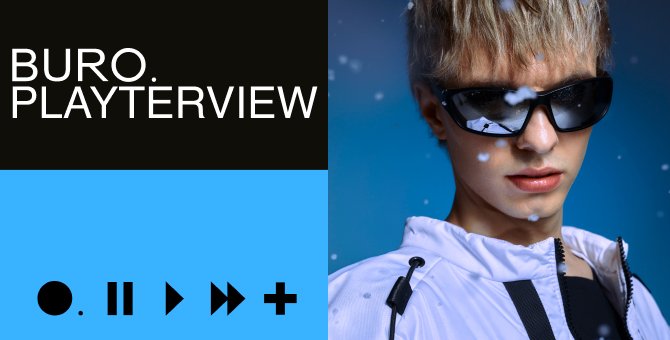 Last Friday, hip-hop artist Artem Nikitin, known as Mayot, released the album “Filling Kid 3”. It became a natural follow-up to the previous two releases released in 2020 and 2021, respectively. With BUREAU. the musician shared his favorite songs that he heard while working on the album, and also talked about the most progressive genres, in his opinion.

WHAT MUSIC DID YOU LISTEN WHEN RECORDING THE NEW ALBUM?

IN THE RELEASE DESCRIPTION, DID YOU DEVELOP THE CONCEPT OF “SPACE SOUND” IN THE ALBUM? WHAT OTHER ARTISTS TRACKS DO YOU BEST FIT THIS DESCRIPTION?

WHILE WRITING THE RELEASE, DO YOU WANT TO CREATE A PSYCHEDELIC ATMOSPHERE? RECOMMENDS THE BEST SIMILAR TRACKS.

DID YOU KEEP THE SOUND FROM THE PREVIOUS PARTS WHILE WRITING THE ALBUM? OR ARE THERE IMPORTANT DIFFERENCES IN THE SOUND? WHAT TRACKS HAVE INFLUENCED YOU?

When writing the album, I tried to take the same content and a slightly transformed and mutated form. Many songs have been influenced. In general, in principle, the sound that is now popular in the world has influenced. It seems to me that there is no specific artist or track. In general, fashion has changed.

ONE OF THE DISTINCTIVE FEATURES OF “REFUELING” IS THE ABSENCE OF FIT. WHY DID YOU BREAK THIS TRADITION?

Although “Gas Stations” has no features, I constantly thought about it and rather did not break tradition, but simply decided to add a bonus track. It marked him especially, so the new album was left without feats.

YOUR FAVORITE TRACKS FROM THE FIRST AND SECOND GAS PLANT?

MOST LIKELY, AFTER THE RELEASE, YOU WILL POST A VIDEO FOR ONE OF THE TRACKS. WHAT MV WOULD YOU CALL THE BEST OF ALL TIME?

WITH WHICH ARTIST DO YOU DREAM OF RECORDING A JOINT TRACK? CAN YOU NAME YOUR FAVORITE TRACK?

I would love to do a collaboration with PartyNextDoor. My favorite song by him is “Savage Anthem.”

YOU FREQUENTLY COLLABORATE WITH OTHER POPULAR ARTISTS: OG BUDA, SODA LUV, 163ONMYNECK, SEMEE. WITH WHICH RAPPER DO YOU FEEL THE MOST CONNECTED WHEN RECORDING MUSIC?

WHAT GENRE DO YOU SEE THE MOST PROMISING NOW? WHAT DIRECTION OF HIP-HOP SHOULD ARTISTS LOOK AT? I RECOMMEND A COUPLE OF TRACKS.

I really like the genre that Yeat, Kankan, Ken Carson, Playboi Carti do. The club jersey is also popular now, but I don’t know how long it will be in fashion.

ADVICE WHICH FRESHMANS SHOULD WATCH NOW. NAME SOME TRACKS.

Ban G. The tracks are not out yet, stay tuned.

SHARE THE TRACKS YOU THINK WILL HELP FANS KNOW YOU BETTER.

DO YOU HAVE A SONG NOW THAT YOU CAN LISTEN ON REPEAT ALL THE TIME?

Unfortunately, there is no such song. I can’t obsess over one thing, I need a constant change of music.