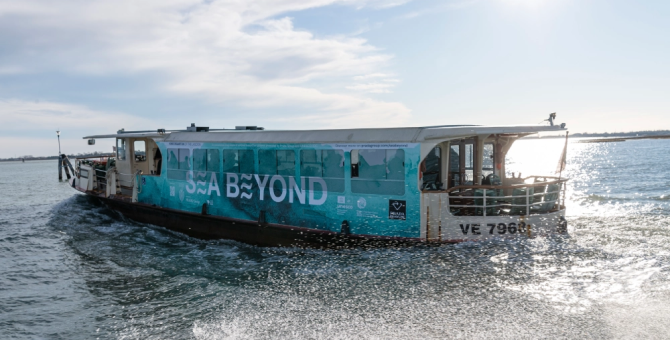 In honor of International Education Day, the Prada Group and UNESCO launched a program. This is Lagoon Kindergarten, an outdoor activity for preschoolers to explore the ocean. The lessons are held in Venice on the island of Torcello. WWD writes about it.

The project was presented for the first time last May at the headquarters of the Fondazione Prada in Venice. It is part of the Sea Beyond initiative to ensure the sustainability of the oceans and raise awareness of the issues. It was launched as part of the United Nations Decade of Ocean Science for Sustainable Development (2021-2030).

40 students from six schools participated in the first stage of the program. The first cycle of classes will end in June and the new program will begin in September, which coincides with school hours. In the lessons, the children learn about the flora and fauna of the lagoon, as well as the factors that contribute to sustainable development.

Lorenzo Bertelli also attended the classes: “I am proud to have visited Venice on the first day with the children. I want the kindergarten to continue to grow and for more young researchers and families to have the pleasure of being a part of it.”

Swiss brand Bally previously committed to clearing the top of Mount Everest by 2030. The initiative is part of the Bally Peak Outlook program launched in 2019. After the first expedition, led by environmental activist and climber Dawa Stephen Sherpa, they managed to remove two tons of garbage from the mountain.

Share
Facebook
Twitter
Pinterest
WhatsApp
Previous article
Industrial prices fall 1.7% due to energy and will take pressure off the CPI
Next article
In the Novosibirsk region, a large family received an apartment in an emergency building KXan 36 Daily News