HomeLatest NewsPresident by President: Bastrykin opened a case against the SBU
Latest News

President by President: Bastrykin opened a case against the SBU 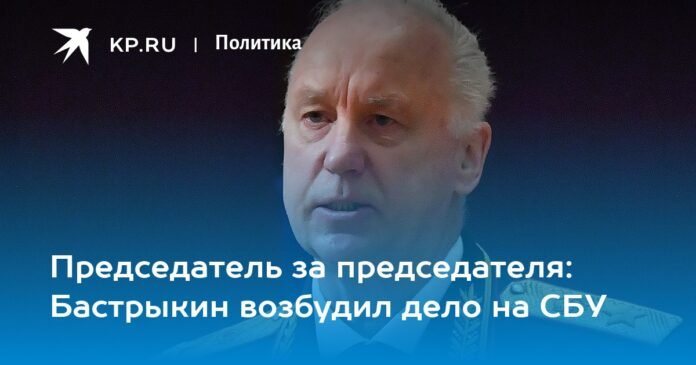 The Chairman of the Investigative Committee of Russia ordered to initiate a criminal case in connection with the illegal prosecution of the President of the Central Bank of the Russian Federation, Elvira Nabiullina, by the Security Service of Ukraine (SBU). This was announced on the second day of the new year by the Investigative Committee of Russia.

“Chairman of the Investigative Committee of Russia AI Bastrykin ordered to initiate a criminal case against SBU officials in connection with the adoption of an illegal decision to prosecute the Chairman of the Central Bank of the Russian Federation ES Nabiullina,” the message reads.

The information in the Investigative Committee of Russia came from open sources. They say the following: “The Security Service of Ukraine (SBU) accused the director of the Bank of Russia, Elvira Nabiullina, of “financing the military groups of the aggressor country”. The Chairman of the Central Bank of Russia is charged with “organizing the introduction of the ruble zone in the southern and eastern regions of Ukraine.” In addition, according to the SBU, Nabiullina “contributed to the local administrations of Russia in blocking the circulation of the hryvnia.”

It is not known what was consumed on New Year’s Eve in that same SBU, but obviously they did not only drink vodka. The investigation will establish.

“As part of the criminal case, the investigation will establish the specific SBU officials who made an illegal decision to criminally hold a Russian citizen,” the Russian Investigative Committee noted.