HomeLatest NewsPresident of VSS Ufimtsev: What will be the fine for the lack...
Latest News

President of VSS Ufimtsev: What will be the fine for the lack of an OSAGO policy and how they want to catch violators KXan 36 Daily News 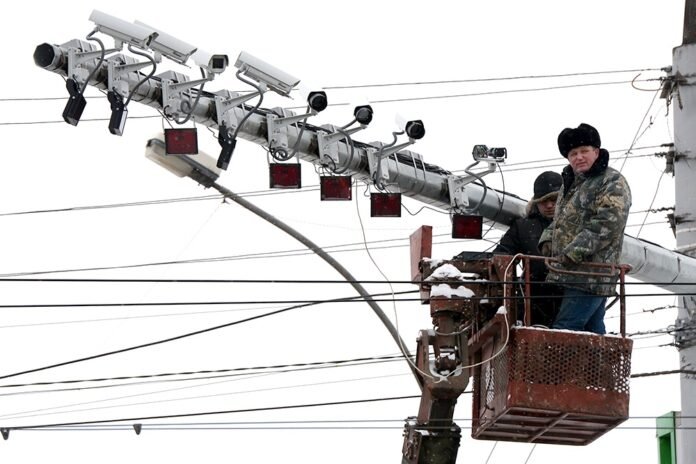 Where is the money?

Yevgeny Vladimirovich, recently deputies turned to the Prosecutor General’s Office with a request to verify the effectiveness of the OSAGO mechanism. According to the parliamentarians, the companies do not comply with the conditions, according to which at least 80 percent of the income from the sale of policies must be allocated to compensation for insured events. Where do all these prizes go?

For whatever reason, retired insurance companies are often forgotten about. For example, last year, the insurance company ASKO collected 10 billion rubles in insurance premiums for OSAGO. Yes, he paid 6 billion that year, but the payments didn’t end. The contracts continued to work throughout 2022, the company no longer charged a single ruble, it went out of the market, as you know, and all payments from this company were made by the PCA. And these payments that we are making (5 billion rubles have already been paid this year), were not included in the reports of insurance companies. These are separate reports.

Another example is the so-called additional payments or judicial payments. Insurer made a payment, insured doesn’t have enough money, goes to financial ombudsman or court, insurance company makes additional payment. As a rule, these surcharges are also not taken into account in the reports.

There are many extra payments, deductions, or other extra charges that insurers make.

Will OSAGO rates continue to change after rate corridor expansion?

Evgeny Ufimtsev: The Russian Union of Automobile Insurers has prepared a new spare parts guide. Of course, each such guide, and now we are preparing them once a quarter, can change the cost of the insurance policy. It changes not only due to the fact that the bank has expanded the borders of the rate corridor or not. You can expand them, as it was, for example, a year ago, by 10%, while the tariffs have practically not changed. The average cost of a policy depends mainly on the cost of replacement parts.

Therefore, in the near future, the average cost of the policy is not expected to change. But we hope that the situation improves.

According to the latest data, our number of policies sold has decreased. At the same time, there is an expert assessment that 10% of drivers do not insure their liability. Experts assume that it has decreased due to the fact that people simply stopped insuring themselves. Is it possible to somehow deal with this, can something be done about it? How will it work?

Evgeny Ufimtsev: We must not forget that, after all, an OSAGO policy is not insurance for your car, it is a properly functioning international system to protect other participants from the fact that a source of increased danger, that is, a car , will cause any damage to property, life or health. This is civil liability insurance.

Based on this postulate, I believe that one of the important tasks, even for the State, is that citizens must have an OSAGO policy. And the State must ensure that people comply with this duty. The state does. But for the last 18 years of the law’s work, the fine for OSAGO has not changed. The price of the policy increased, the cost of cars increased, the cost of gasoline increased, everything increased, but the fine remains unchanged – 800 rubles. Therefore, we propose to increase it.

Second. Of course, in order to reduce the number of uninsured people, we, together with the traffic police, are taking certain measures. Now, by the end of the year, they have completed the modernization and refinement of their information system: the FIS STSI. Together with them we have prepared a new block diagram for the implementation of the possibility of verifying the presence of an OSAGO policy through cameras. Our information system has become more stable, which has reduced the number of errors. Starting in the first months of 2023, we want to implement the launch of a complete system to verify the availability of OSAGO policies through cameras.

Well, the fact that the cost of the policy is an obstacle to its acquisition seems to me an illusion. The cost of cars has increased a lot, spare parts cannot be found; now insurance companies for the same OSAGO and Casco are faced with the fact that people are seeking protection against them.

Insurance under current conditions is the mechanism that should not be abandoned. Paying for a policy is much cheaper than repairing a car after an accident. Now we have an average OSAGO payment below 80 thousand rubles. Not every car owner has such an amount in his pocket.

Why OSAGO is getting more expensive

After the expansion of the rate corridor, all the insurers increased the cost of the policies. Even for the most accurate car owners who have not had a single loss. How does this fit into the individualization of the rate?

Evgeny Ufimtsev: The question is absolutely fair. Everyone forgot about the root cause. The problem is that in the summer, in June, new reference books were adopted, according to which the cost of spare parts increased by 27.7%. The losses began to grow.

Therefore, for good drivers, the most insurers could do in this situation was to raise the cost of the policy by 10-15%. It should also be noted that the fee depends not only on the owner of the car, but also on his car. There are brands for which spare parts have increased in price by 46-48%. Yes, OSAGO is a civil liability insurance. But since there is direct compensation for losses when you contact your insurance company, the cost of spare parts for a particular car affects the tariff. So customization works. If it were not there, then for almost all car owners, after changing the directory, the increase in the cost of an OSAGO policy should have been the same as for spare parts. But the situation is different. The cost of a policy for good car owners has increased by almost half the cost of replacement parts. For unprofitable car owners, yes, for them the cost of the policy has increased by one and a half, and even two times.