HomeLatest NewsPrince Harry Reveals How Many Taliban He Killed While Serving In Afghanistan...
Latest News 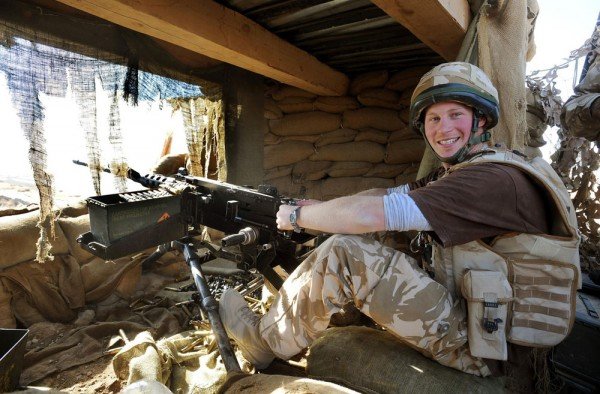 During his 10 years of service, Harry flew twice to Afghanistan and participated in six missions that he said “resulted in loss of life.” During the second trip to the hot spot, the prince was the pilot of a military helicopter and, as he claims in his autobiography, he destroyed 25 Taliban. Windsor notes that he was able to accurately estimate the number of militant deaths thanks to a camera mounted on a helicopter. When Harry returned to the base, he reviewed the videos recorded during each mission. The prince claims that, thanks to technology, he can tell “precisely” how many people he has killed.

“And it seemed important to me not to be afraid of this number. So my number is 25. This is not the number that fills me with satisfaction, but it doesn’t bother me,” Harry explains.

In addition, the prince clarifies that at the height of the battle he perceived opponents not as people, but as “chess pieces”, which he gradually removed from the board.

It should be noted that the bold revelations of a member of the royal family can powerfully affect their security. The fact is that the prince has previously been targeted by terrorists because of his title and his business trips to Afghanistan. Details of the Taliban being killed by royal hands could spark attacks on Harry and his family, who lost patronage of the palace when he, along with his wife Megan, spurned royal duties in January 2020.

The sensational memoir “Spare” will appear on store shelves only on January 10, however, according to The Independent, in Spain the book was mistakenly sold earlier. So excerpts from the autobiography, often containing unflattering details about the august family, were leaked online. In one of them, as The Guardian previously noted, Harry talks about how his older brother and part-time heir to the British throne, Prince William, started a fight in 2019 over Meghan Markle.