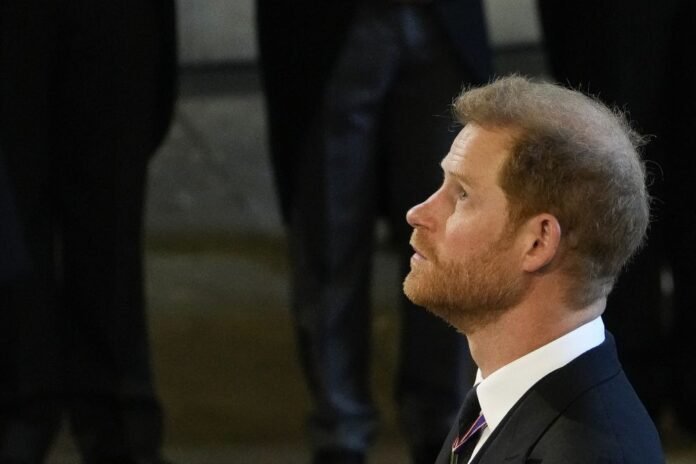 In his controversial memoir, Spare, Harry explained that he whispered to his late grandmother that he “hopes that she is happy” and that she be with her grandfather, Prince Philip, who died a year earlier at the age of 99. Harry also writes in the book, which comes out on January 10, that he expressed her “admiration for her for carrying out her duties to the end.” The Duke of Sussex wrote that he left his late grandmother’s room in Balmoral, Scotland, and called Meghan Markle to tell her that he had “arrived safely at the castle.”

Prince Harry arrived at Balmoral on September 8, hours after the 96-year-old queen passed away. A member of the royal family learned of his grandmother’s death from the news, and not from relatives and servants at Buckingham Palace. Harry and Markle were in Germany when he learned that Elizabeth II’s health was deteriorating and he ran to her. But he was too late and he did not have time to say goodbye to the queen. However, he attended the 10 days of mourning for the Queen, accompanied by his wife. After his grandmother’s death, Harry and Meghan publicly met William and Kate Middleton for the first time since March of that year to pay their respects to the Queen outside Windsor Castle.

Tensions between the brothers have risen since Harry and Meghan left the royal family in 2020 and moved to California, where they now live with their two children, Archie, 3, and Lilibet, 1. While their reunion seemed to offer A ray of hope for a reconciliation between them, Meghan and Harry have since given several interviews about William and other members of the royal family leaving no room for a solution, according to The New York Post.

Harry has made several allegations in his new memoir, including allegations that William physically assaulted him after a fight over Markle. He claimed that the Prince and Princess of Wales played a role in his decision to wear a Nazi uniform to a costume party in 2005. He also called William his “beloved brother and sworn enemy” of his.