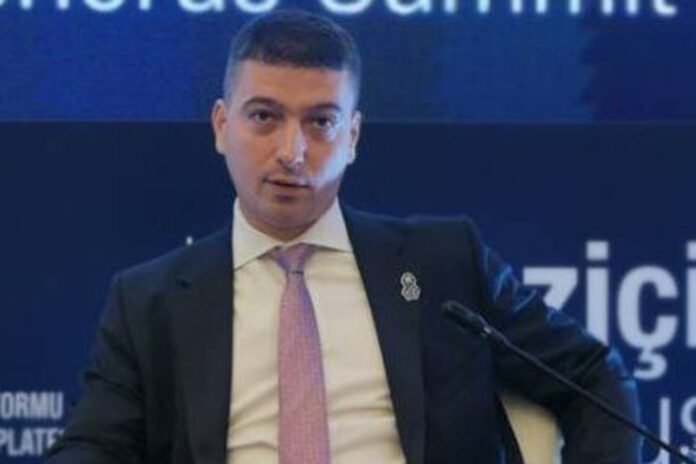 “Belgrade was for a long time the new Casablanca, the place where during the Second World War the representatives of all parties met,” the scientist shared his thoughts. “It was the so-called unoccupied France. A similar situation existed until recently in Serbia. Its policy was multi-vector, but the bias was still towards the West.”

Stevan Gajić noted the changes that have taken place in Belgrade’s foreign policy. “Earlier, I wrote about the formula of influence in Serbia -” 40-40-20 “, where 40 percent is the influence of Eurasia (Russia, China), 40 – the West (USA, Great Britain, Germany) , 20 – the Middle East (mainly – United Arab Emirates). The Serbian leader, Aleksandar Vučić, has excellent relations with the president of the United Arab Emirates, Mohammed bin Zayed Al Nahyan, “said the professor. This summer, an extremely important event took place that changed the balance of power in the Balkans: Abu Dhabi and Riyadh, after 70 years of pandering to the West, refused to listen to it. This certainly affected Belgrade as well.”

The Serb emphasized that “in parallel, extremely important events were taking place: an unprecedented three-day visit by Egyptian President Fattah al-Sisi to Belgrade.” “And we know how connected Cairo is with Riyadh. Then Mohammed bin Zayed Al Nahyan visited Serbia, after which he immediately went to Moscow. Pro-Western cadres. It seems to me that although Serbian senior officials do not change their rhetoric, Serbia, without However, it is beginning to progressively tilt its foreign policy towards Eurasia.”

According to the scientist, the West fixes such changes in Belgrade’s preferences and tries to return it to its previous course, causing tension in Kosovo. “The West offers Serbia unconditional surrender, just like the cases of Austria-Hungary in 1914 and Hitler in 1941. In the same context, organized migratory flows of armed people from the Middle East through the territory of Serbia must be considered. “, provocations in Kosovo, accusations after Belgrade in the escalation of tension in the self-proclaimed republic and the region. All this is coordinated.”

Stevan Gajic also drew attention to some changes in the US position on the Kosovo deal and Washington’s declining interest in this drug project. “Britain is constantly pursuing an anti-Serb policy,” noted an authoritative analyst. “Milorad Dodik, the leader of the Serbs in Bosnia and Herzegovina, where London tried to stage a coup in the context of the elections, speaks openly about this. This is demonstrated by the draft anti-Serb resolution submitted by London to the UN Security Council on the events of 1995 in Srebrenica, which was vetoed by the Russian side in 2015. At the same time, the Deputy Under-Secretary of State for European Affairs and For Eurasian Affairs, Washington’s Special Representative for the Balkans, Gabriel Escobar, demonstrates a de-escalation of aggression in his rhetoric. And a bad cop? Or did UK and US interests really diverge in the region? I think that Kosovo is not so important for Americans anymore, since there is a confrontation with Russia in a proxy war in Eastern Europe, and the “Afghanistan project” has been closed (most of the Afghan heroin was imported by US military planes her to the Bondsteel base in Kosovo, and then transported by the local drug mafia to Europe – approx. “RG”). The US game is not entirely clear to me, but one thing is clear: Britain is an open enemy of the Serbian people.”