HomeLatest NewsPuig is ahead of Sánchez and maintains the free metro for young...
Latest News 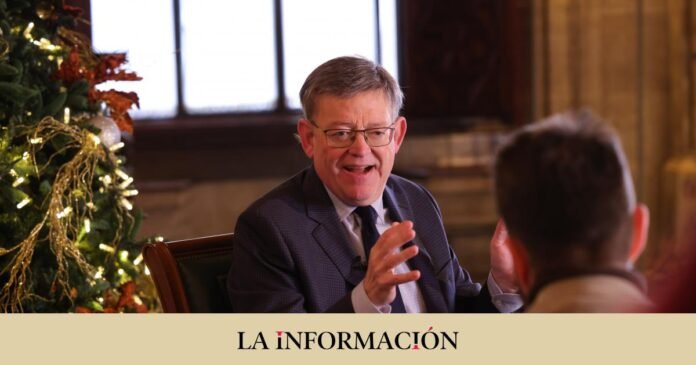 The ‘president’ of the Generalitat Valenciana, Ximo Puig, has announced that he will extend the free public transport under regional jurisdiction, the metro and the tram, for young people up to 30 years of age for another six months, until July 31. Then, the situation will be reviewed again depending on the economic situation.

This is how Puig has advanced it, in an interview on Cadena Ser, collected by Europa Press, in which he has defended that this measure that is already being applied has “a double effect”. On the one hand, “there are more users, so it has an effect on decarbonization, and people are also supported by making travel cheaper.” “There is a direct and concrete bet on the part of all the administrations in favor of promoting public transport”, he asserted.

These passes can be used in the transport services of Metrovalencia, TRAM d’Alacant, TRAM de Castelló, Metrobús and EMT. Likewise, the Generalitat will also extend, until July 31, the financing of 50% of free urban transport for those under 30 years of age in those municipalities that want to join this measure. These saving actions are added to other current initiatives such as the new SUMA tickets or the 30% discount on the price of subscriptions for all users.

In this context, the head of the Consell has also announced that the regional government will soon present to public opinion the new Generalitat Valenciana railway plan for the next decade.

This ‘Pla de Ferrocarrils’ will allow reaching “the entire Valencian Community”, as guaranteed by Puig during his interview with Cadena Ser, who has remarked that it will be a “transformative roadmap for public mobility and the decarbonisation of the Valencian Community”.

Pending the Council of Ministers

Ximo Puig’s announcement has come before the third package of relief measures that the Council of Ministers is expected to approve this Tuesday and which, depending on the specific measures for transport, could also change to other autonomous communities and town halls.

For example, after the non-continuity was announced in Madrid, a few days ago the community left the door open to prolong the reduction in the cost of public transport in the event that the Government took the step. For the moment, the General State Budgets already contemplate the extension of the extension in the case of frequent commuters and medium distance commuters.

The community led by Díaz-Ayuso will launch in 2023 the free transport pass for people over 65, who will now be able to move around the community at no cost.