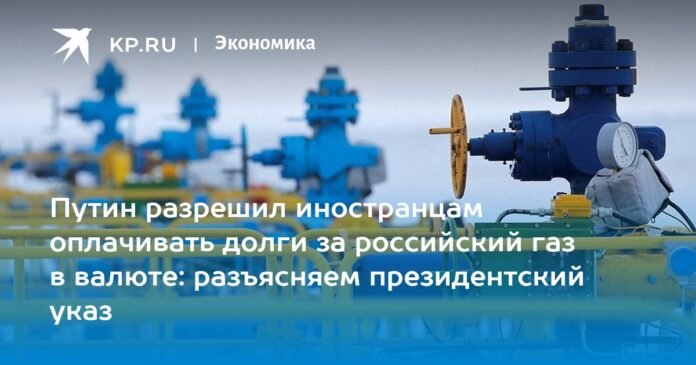 “From a negligent buyer, at least a bunch of dollars,” apparently, according to this principle, which has proven its economic efficiency, the Russian authorities decided to work with gas debtors. In late 2022, Vladimir Putin signed a decree allowing him to accept foreign currency from Russian gas buyers “by collecting debts or paying debts to a Russian supplier.”

We explain. When Western sanctions hit the country in late February, the Russian authorities announced that buyers from “hostile countries” (mainly the European Union) would pay for our gasoline in rubles, not dollars or euros. And on March 31, a presidential decree was signed in this regard.

It’s been nine months. They demonstrated that the scheme as a whole works correctly. But that is why it is the test stage, to carefully observe the operation of the mechanism and notice where doubts may arise. One of them is what to do if the gas has already been sent to the buyer, he does not pay in rubles, and the debt accumulates. Or if this debt has to be “recovered” – say, in court? This question is answered by the new presidential decree. Where it is written in black and white that to collect such a debt the following is done:

– The Russian supplier (in short, Gazprom) opens an account in foreign currency, which was specified in the supply contract.

– A foreign buyer transfers you the required amount in the same currency.

– The calculation is finished.

An important clarification: this does not mean that after payment in the currency, deliveries will resume immediately. Nobody canceled the obligation to pay for gas in rubles. So, after the repayment of the debt, pay already on our terms.