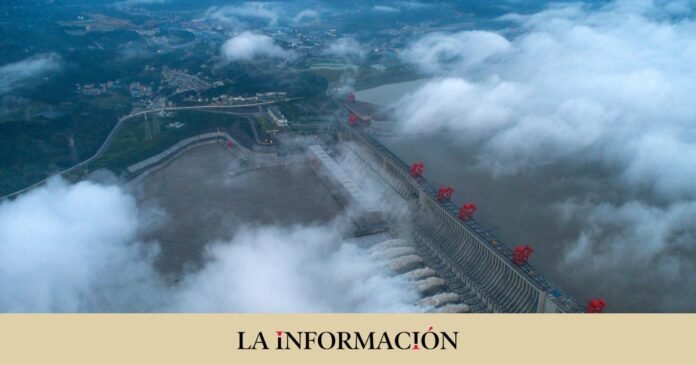 The Spanish subsidiary of the investment group China Three Gorges begins the new year with changes. The company has appointed PwC as auditor to replace Ernst & Young (EY), as published in the Official Gazette of the Mercantile Registry (Borme), a surprising change because the appointment of EY occurred less than a year ago, in March 2022. The Asian giant opened its subsidiary in Spain at the end of 2020 with the following corporate purpose: “The acquisition, administration and management of movable assets, portfolio of securities and investments, all on its own behalf or on behalf of others”. It also includes “market research.”

China Three Gorges Europe (CTGE) is the company from which the Chinese group manages its operations in Spain and is led by Ignacio Herrero from Bilbao as CEO. Along with this stands out the name of Tang Yuanjie, investment director of the Chinese group. CTGE is in turn a subsidiary of the CTG Group, the largest renewable energy holding company in China and which owns the world’s largest dam, called the Three Gorges Dam.

In Spain, the Chinese group currently owns and operates a portfolio with a total aggregate installed capacity of more than one gigawatt (GW) that has been increasing with operations in recent years.

In August 2020, X-Elio (the former Gestamp) bought a total of 13 photovoltaic power plants located in Spain with about 500 megawatts (MW) of capacity and in February of last year it took over a portfolio of operational renewable projects in the country with a capacity of more than 400 MW that belonged to a consortium led by Corporación Masaveu.

At the end of last year, it took over another portfolio of 181 MW of wind power from EDP Renováveis ​​valued at more than 300 million. The fund is parent company EDP’s largest shareholder with around 20% of the capital. Its last major acquisition was closed this summer, when it acquired a portfolio of 619 solar MW that belonged to Nexwell.

However, at the beginning of December, an agreement was established to purchase a 104.5 MW solar power plant in Extremadura from Aldesa. The plants are scheduled to be operational in the second half of 2023.

For its part, Repsol was the last to carry out a large renewable purchase operation in 2022. The oil company chaired by Antonio Brufau has taken over Asterion Energies’ 7,700 MW renewables mega-portfolio, for 560 million euros, plus a maximum of 20 million in contingent payments. 84% of these ‘green’ MW are in Spain.

All these shareholding movements in the world of renewable energies, with the irruption of the Chinese giant, occur when promoters of energy facilities, regional governments and the Ministry for Ecological Transition have a date marked in red on the calendar. On January 25, the term given by the department directed by Teresa Ribera ends for the promoters to demonstrate that they have favorable permits to be granted access to the connection node that was awarded in the auction held in 2020 and thus not miss out. ‘green’ megawatt miles.

They may lose their rights between 70,000 and 80,000 renewable MW if the processing of environmental impact statements is not accelerated, according to sources from the Association of Renewable Energy Companies (APPA). Ecological Transition manages the process for projects of more than 50 MW, while the autonomous communities are in charge when the capacity is lower. The Generalitat Valenciana has reported that more than 1,000 MW have obtained the Environmental Impact Declaration (DIA).

After the bottleneck produced in the administration and detecting “speculative movements”, the Government will only process the projects that have won access to the electricity grid in competition. Red Electrica, a subsidiary of Redeia, in its capacity as operator of the electrical system, is the one that publishes the access capacities of the nodes that make up the transmission network for the connection of future renewable generation facilities.