HomeLatest NewsRain of bank dividends on the stock market before the bell rings...
Latest News 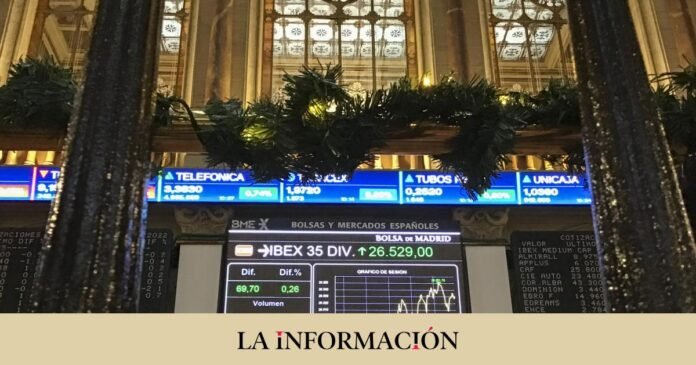 Bankinter and Banco Sabadell will make effective over the next few days the disbursement of 183.9 million euros as a dividend payment corresponding to the financial year 2022, in which financial institutions are managing to improve their figures driven by the Eur bory still low provisions .

Thus, the entity led by María Dolores Dancausa will distribute its third interim dividend of the year on December 28 for 0.08 euros per share. The payment will mean a disbursement for the financial institution of almost 72 million euros.

In June, the bank paid its first dividend from this year’s profits with a gross import of 0.07 euros, while in September it distributed another of 0.06 euros.

Considering next Wednesday’s payment, Bankinter will have already distributed 195 million euros at the end of the year on account of its 2022 profits, an amount that represents 45% of its profit until September.

Regarding Banco Sabadell, the entity chaired by Josep Oliu will pay an interim dividend on December 30 against the results of the 2022 financial year for an import of 0.02 gross euros per share, which will force the bank to disburse approximately 112 million of euros .

In the presentation of the results of the third, Banco Sabadell improved its pay-out commitments, raising it to the area of ​​40 percent of the profit, which allowed it to reduce quarterly distances with other national banks, which had higher remuneration policies, in ranges that go from 40 to 50 percent of the benefit, although in some cases the proportion may be higher. Caixabank, for example, has left the door open to distributing a higher percentage of its results.

In recent months it has been quite common for Spanish banks to combine the distribution of dividends with share buyback programmes, which have gradually been completed. BBVA and Caixabank would have already completed it. Pending new announcements, only Banco Santander has a live one that would have a relevant part ahead of it.

Banks, which had limited dividends during Covid-19, are counting on the remuneration to reward their shareholders, in an environment where share prices are trading below book value. With the supervisors (European Central Bank and Bank of Spain) preferred due to the impact that the economic crisis may have on defaults and the request to build positions, one of the unknowns will be to what extent the banks will have the margin to reinforce their remuneration.

This Monday will not be the day to reveal it, because it is a holiday in both the Spanish and European stock markets, which have moved the Christmas celebration to December 26.