HomeLatest NewsReading for the long break: books that come out in cycles
Latest News

Reading for the long break: books that come out in cycles 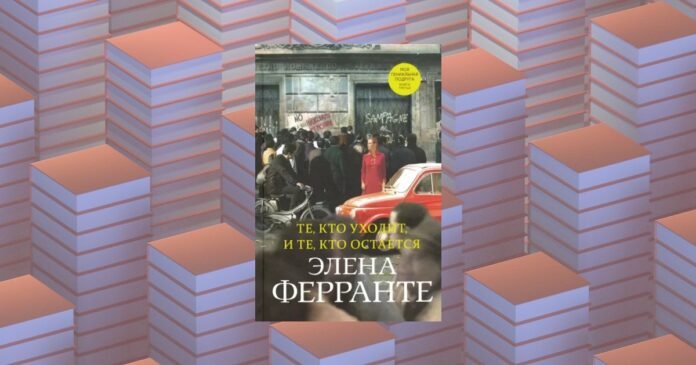 We take this opportunity to remind you that the Dostoyevsky bookstore has a whole BURO shelf. His range was compiled by our editors as part of a joint book club.

Having opened the first volume of the “Poppy Sea” trilogy, do not be intimidated by the sight of numerous characters. Yes, you won’t remember them right away, but a fascinating plot sooner or later will put everyone in their place. The widow of an opium addict Diti, his gigantic neighbor Kalua, the former Raja Nil, the ex-pirate Ali, the ship’s carpenter Zachary Reid, the French orphan Paulette and a dozen more equally colorful characters – all this motley company ended at board. the Ibis ship, the next from Calcutta to Mauritius. And almost in full force it will migrate from the first volume to the second and third. The time of action is the first half of the 19th century, the period of the opium wars between Great Britain and China. Here is a colonial novel.

In what order to read the books of this cycle: “Poppy Sea”, “Smoky River”, “Fiery Stream”

Dublin-born comedian Quive McDonnell planned to write thrillers, but the plots somehow turned out to be criminal. Thus was born a trilogy with perhaps the brightest character among detectives – Bunny McGarry. A convinced bachelor, a rude man, a lover not only to drink something stronger, but also to fall into a binge, Bunny is, nevertheless, an unrealistic charismatic hero. And kind. And socially responsible: On a voluntary basis, he coaches a hurling team of tough teens. And the alterations that he gets into can be attributed to the thriller genre once conceived by the author.

In what order to read the books of this series: “The man with one of many faces”, “The day that never comes”, “The work of the angel”

For fans of Downton Abbey, a five-volume family saga spanning the first half of the 20th century. At the start of World War II, an English noble family consisting of a grandmother, her patriarchal husband, her adult sons employed in the family business, as well as a host of grandchildren, from teenagers to babies, moved from London. to a farm. Life there will not be easy, but it will be full of events of varying degrees of drama.

In what order to read the books of this series: “Years without worries”, “Frozen time”, “Confusion”, “Exodus”, “Everything changes”

The only literary success of Elena Ferrante (who hides under this name – a woman, a man or a team of authors – it is not yet clear) were four novels about two friends from a disadvantaged neighborhood of Naples. The action begins in the 1950s: girls Rafaella (Lina) and Elena (Lenu), trying to escape poverty and not repeat the fate of their parents, study well at school. Everything is given to the talented Lina without the slightest effort, the diligent Lena is forced to cram. However, it is Lena who will go to university and make a career, while Lina will jump to marry at 16 years old. And what happened next, you will read in one sitting and with a considerable amount of anxiety.

The Irish writer works in the genre of the psychological detective novel. According to Tana French, first of all, she is not interested in a dizzying plot and gory details, but what is happening in the heads of the characters, it does not matter whether he is a criminal or a policeman. That is why her novels refer the reader to the plots of Dostoevsky or JK Rowling. The books of this cycle can be read in any order, while already familiar characters are found both among the main and minor characters.

Books in the series: Into the Woods, Likeness, Faithful Place, Dawn Bay, The Secret Place, The Witch Elm, The Seeker

mallet of the roche

According to the Canadian writer’s first two novels, recently published in Russian, this cycle is known as the Whiteock Family Chronicles. But the original title of the entire 16-book series is Jalna, after the farm in southern Ontario where the large and restless family lived. The events of the cycle cover the period from 1854 to 1954. And it all begins when a young married couple (very eccentric, but this will become clear a little later) arrive from India to their homeland in the UK in order to go further to the snowy Canada: build a life, have children, acquire many friends and acquaintances.

In what order to read the books of this cycle: “Stormy Times”, “New Times”

Cormoran Strike is the illegitimate son of a rock star and his fan, far from any manifestation of star disease, let alone a glamorous life. He is a private detective with the looks of a heavyweight boxer, he fought in Afghanistan and lost half of his leg in the course of hostilities. All this does not prevent Strike from solving crimes or establishing a personal life. By the way, under the pseudonym Robert Galbraith, JK Rowling composes puzzling stories.

In what order to read the books of this cycle: “The call of the cuckoo”, “Silkworm”, “In the service of evil”, “Deadly white”, “Bad blood”