HomeLatest NewsRegistrations fall 5.4% in 2022 due to supply problems
Latest News

Registrations fall 5.4% in 2022 due to supply problems 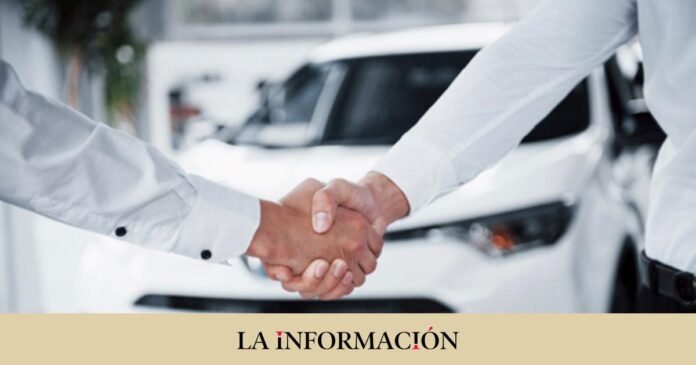 Registrations of passenger cars and SUVs, one of the main indicators on the progress of consumption and with it the economy, fell by 5.4% last year in relation to the previous year, reaching a total of 813,396 units. It has been a very difficult year for the sector, which has had to simultaneously face the consequences of the war in Ukraine, the increase in energy costs and inflation, as well as persistent problems in supply chains global.

Registrations thus fell to 2011 levels, during the last financial crisis. According to the data published this Monday by the manufacturers’ associations Anfac and distributors Faconauto and Ganvam, the figure is not only below the numbers registered last year, but also behind the forecasts of the sector itself, which They were around 830,000 units in the best of scenarios.

The three employers’ associations attribute this fact, among other reasons, to the pronounced decline that occurred in December, with a 14.1% drop in sales and 73,927 new registrations, due to bottlenecks in the transport of vehicles to points of sale. sale. This circumstance has caused thousands of cars to remain stopped in ports and campaigns, delaying their delivery to buyers.

Macroeconomic uncertainty has made itself felt in sales to individuals, which fell by 1.7% in the year as a whole, to 366,364 units sold. In contrast, the business channel despite the year with an increase of 4.1% and 348,144 registrations. Meanwhile, the rental channel was the most affected by the situation with a decrease of 35.1% and 98,888 units.

Semiconductors, war in Ukraine and ‘covid zero’ in China

The associations definitely look to 2022 as a “complicated” year in terms of registrations, as highlighted by Ganvam’s communication director, Tania Puche, who points out that it would be necessary to go back to 2011 -coinciding with the financial crisis- “to see similar volumes”. . The director of communication and marketing of Anfac, Félix García, speaks of the “perfect storm” that the sector has had to face during the last twelve months, in which the already recurring crisis in semiconductors was added to the war in Ukraine and China’s “Zero COVID” policy.

In his opinion, all this leaves an “unfavorable” scenario for 2023 where, “being cautious” the “assault on the border of 900,000 units” should be addressed, which arose from the evolution of the conflict in Ukraine and from the normalization of the chain Logistics. And he warns: “with a market below one million units there is a real risk of loss of investment and employment.” The communication director of Faconauto, Raúl Morales, states that he anticipates several possible scenarios in greater detail.

Initially, it would be a bare growth of 5%, that is, to 870,000 units, to which an additional 10% would have to be added if the bottlenecks in production were solved, a condition with which 960,000 uniforms.

“Neither of the two forecasts is good news, we are very far from the figures we saw before the pandemic,” adds Morales, and it is that 2019, the last one before COVID, closed with almost 1.26 million registration exercises. This is, well above current levels despite the fact that that year registrations fell for the first time since 2012.

Rise of electric and hybrid

According to the latest figures, registrations of light commercial vehicles reached 119,506 units in 2022, 21.3% less than a year earlier. By channels, all suffered a sharp drop with declines of 31% and 38.6% in sales to the self-employed and renters, respectively. On the opposite side are the registrations of industrial vehicles, buses, coaches and minibuses, which achieved an increase of 13.8%, with 25,911 units, being the only automobile market that achieved an annual increase.

On the other hand, the registrations of 100% electric and plug-in hybrid vehicles of all types – passenger cars, two wheels, commercial and industrial – exceeded, for the first time, the barrier of 100,000 units. Specifically, they rose 20.9% compared to 2021, to 100,425 units, according to data from the Business Association for the Development and Promotion of Electric Mobility (Aedive) and Ganvam.

Despite this milestone, both understand that the growth rate is still “insufficient” to comply with the decarbonization path, taking into account that the objectives of the National Integrated Energy and Climate Plan (PNIEC) set a total of 5 for 2030. million models of this type in circulation compared to the current 325,000.

Aedive and Ganvam thus warned of the need for the Administration to implement accelerating measures to guarantee this transition, such as the implementation of tax incentives for purchases or more effective plans to stimulate demand. By type of propulsion, registrations of 100% electric vehicles of all types grew by 31.5% in the last year, with 52,224 units sold. If analyzed by vehicle, fully electric passenger cars advanced by 31.1%, to 31,388 units. Plug-in hybrids rose 11.3% to 48,201 units, of which more than 99% were passenger cars.

Share
Facebook
Twitter
Pinterest
WhatsApp
Previous article
A resident of Ghana has become almost the tallest man in the world.
Next article
Gas injection into European storage in December set a record for this month since 2011 KXan 36 Daily News