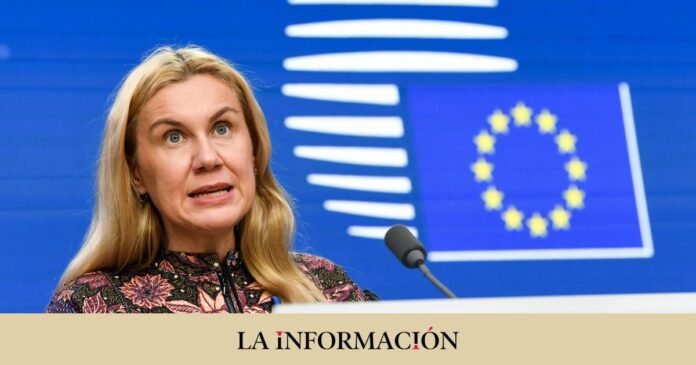 The European Union (EU) is aware that renewable energy is the way out of the energy crisis and ending dependence on Russian gas. The Council, in which the governments of the Twenty-seven are represented, has recently agreed to expedite the permits for the use of renewable energies and the objective is that by 2030 the share of energy from clean sources in the gross final consumption of the territory of at least 40%.

In this sense, renewable energies have brought great relief to the EU in the year that saw one of the worst energy crises after Russia’s invasion of Ukraine. According to Energy Commissioner Kadri Simson, the 51 gigawatts of wind and solar capacity that have been deployed by 2022 have helped the EU save around 10 billion cubic meters of gas. Taking into account that the Twenty-seven imported 140,000 million cubic meters of gas from Russia in 2021, it represents a cut of 7%.

The renewable energy expert Xavier Cugat explains to La Información that these 10,000 million cubic meters of gas are equivalent to 105,500 gigawatt hours (GWh) of electricity. To understand the magnitude, it is what Spain consumes of light in five months (151 days).

The European Commission launched the EU Solar Strategy in May, months ahead of schedule due to the impact of Russia’s invasion of Ukraine on energy security and prices. Under the framework of REPowerEu, the EU intends to mobilize up to 300,000 million euros of investment, of which 10,000 million will go to gas infrastructure, 2,000 million to oil and the rest to renewable energy. Specifically, 75,000 will be mobilized in the form of subsidies and 225,000 through loans.

Brussels substantially lowered solar targets for 2030 to 740 GW, recognizing the central role of solar power in meeting Europe’s security, economic and climate goals. As part of the package of measures, he also proposed a Rooftop initiative to promote self-consumption.

SolarPower Europe’s annual report is revealing: the European Union has added a record 41.4 GW of solar power this year. The new capacity is equivalent to the energy needs of 12.4 million European homes and replaces 102 methane tankers loaded with liquefied natural gas (LNG), which is more expensive than natural gas. The annual growth of solar energy in the EU compared to 2021 is 47% and the total capacity stands at 208.9 GW, 25% more year-on-year.

“Our average prediction for 2023 is 53.6 GW more solar power in the EU. This means that the EU solar market will more than double in four years and reach 484 GW in 2026,” the document states. For its part, the International Energy Agency (IEA) recommends that the EU install some 60 GW of solar power next year to offset the drop in gas supplies from Russia.

For its part, wind energy is also advancing, but at a much slower rate. According to statistics from the European employers’ association WindEurope, only 11 GW were added last year in the EU. But 30 GW a year of new wind power is needed to meet the 2030 renewables target. Permitting is what is dragging down usage and sprouting up the entire supply chain.

In Spain, 100 GW renewables may expire

In Spain, if the temporary milestones established by the Government are not made more flexible, which in December 2021 already obtained an extension of the term for an additional nine months to obtain the DIA to maintain access and connection permits, guarantees of up to 100 GW renewables due to potential failure to meet deadlines.

In the specific case of the wind sector, the Wind Energy Association (AEE) has said that there are more than 19 GW of capacity in the pipeline with the risk of expiring in January 2023, which would further aggravate the current situation of the industry. In addition, the employers recommend that schemes be adopted and the administrative regulations be reviewed, which allow managing situations of massive accumulation of applications, giving visibility and certainty to promoters about the possibility and probability of success of their projects.

Under the National Response Plan to the economic and social consequences of the war in Ukraine, an accelerated temporary procedure was enabled, until December 31, 2024, to determine the environmental condition and the processing of new wind plants under 75 MW and new photovoltaics under 150 MW. These plants will have to be located outside the Natura 2000 Network and in areas of low or moderate sensitivity according to the environmental zoning for renewable energies.