Renfe Mercancias receives six of the 12 locomotives built by Stadler 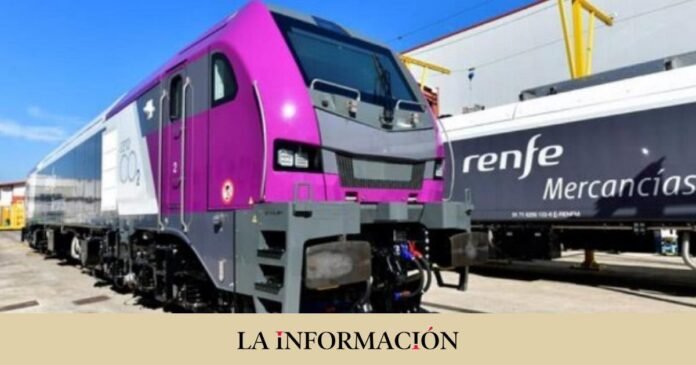 Stadler Valencia has already delivered to Renfe Mercancías six of the 12 EURO6000 multi-system high-power electric locomotives, Iberian gauge, which are being built at its Albuixech plant, in Valencia. This has been reported by the railway company in a statement collected by Europa Press. Thanks to the “good pace” of the manufacturing work carried out in the factory, Stadler has delivered these six units to Renfe ahead of schedule and it is expected that the remaining six can be delivered in the first four months of this year.

The basic objective of Renfe Mercancías with the acquisition of these locomotives is “to offer the best service to its customers”. To this end, it invests in this material whose main characteristics are “greater traction and load capacity, safety, reliability and availability, all without detriment to the high technical performance that is required as a key element to guarantee the provision of a high-quality commercial service”, details the company.

These locomotives have a traction capacity of 1,800 tons on ramps of 18 thousandths. They will be Tri-voltage (25 kV ca, 3kv dc and 1.5 kV dc) and will have six axes. With its property acquisition, Renfe Mercancías will strengthen its operations through the new infrastructure of the Pajares tunnel. The incorporation of the locomotives to the Renfe Mercancías park will allow the mercantile company to “strengthen its commitment to improve productivity with its main customers, who are part of the steel and multi-product markets and who usually use the Pajares variant for the transport of their merchandise.”

These are the new Renfe locomotives

One of the main characteristics of the new electric traction locomotives is that they will not generate CO2 emissions as they will circulate powered by 100% renewable electricity. In addition to being respectful with the environment, its “low aggressiveness towards the road, a low level of interior and exterior noise and absence of vibrations” stands out.

With the acquisition of these locomotives, which will mean greater load capacity and better levels of reliability, Renfe Mercancías intends to increase its activity and its share in rail transport. The increase in the activity of Renfe Mercancías would also entail “significant savings” in costs due to externalities since, as recognized by the European Commission, rail is the mode of freight transport that generates the least polluting emissions. In 2020, the transports carried out by Renfe Mercancías represented savings for society of 291 million due to external costs and avoided the emission into the atmosphere of 850,000 tons of CO2 and the consumption of 425,000 tons of oil equivalent.

Considering the current and future changing environment, the objectives of Renfe Mercancías for locomotives throughout their life cycle are to guarantee the possibility of changing from 1,668 mm to 1,435 mm and vice versa for all supply locomotives by changing axles. The EURO6000 are part of the Stadler EURODUAL family of locomotives, “European benchmark” in this segment “for its greater load traction capacity, which allows the transport of longer and heavier trains and results in greater profitability of transport services”.