HomeLatest NewsRepsol seals an alliance with Fnac to sell its electricity and natural...
Latest News 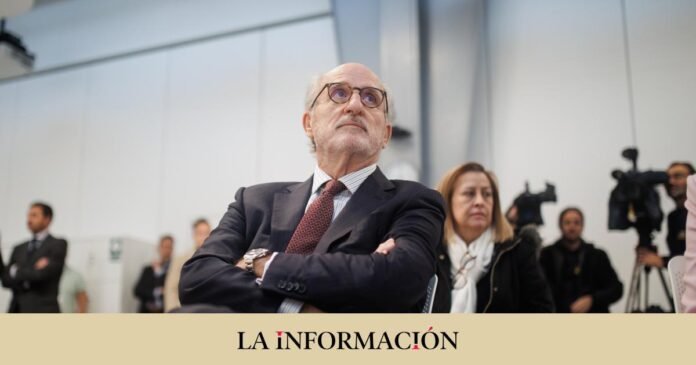 Repsol continues with its particular commercial ‘war’ for customers to win electricity and gas. The objective of the energy company is clear and it is none other than to continue with organic growth in this business. The oil company bought the assets of Viesgo and its trading company at the end of 2018 with 750,000 customers and Repsol Luz y Gas already exceeds 1.6 million.

As La Información has learned, the oil company has gone one step further and this month has signed an alliance with Fnac to offer its electricity and gas rates in ten stores. All customers who contract at one of these centers will also get discounts on refueling and credit on their Waylet mobile application.

Specifically, Repsol currently has 1.1 million electricity customers in the free market and 190,000 in the regulated market, as well as another 310,000 in the free gas market. The company is not authorized to offer the Last Resort Tariff (TUR) for gas. The four companies that by law can offer it -through their respective regulated marketers- are Naturgy, Iberdrola, Endesa and Total Energies.

In August, it also closed on the purchase of Alterna, along with supplying electricity and gas to the Global Dominion-owned company’s 92,000 customers. In addition, it established a commercial alliance through which The Phone House, with more than 500 physical stores, has started to market its products.

Energies have been engaged in a kind of trade battle since the price crisis broke out. The first to step out in September last year was Naturgy and Endesa followed. This year we have seen how Iberdrola has launched a campaign in favor of the free market. The offers of the large electric companies started at 58 euros per megawatt hour (MWh) and ensured stability for years. However, the Organization of Consumers and Users (OCU) warned that price increases of almost 30% were being registered in the free market and called for “extreme caution”.

It should be noted that before the energy crisis broke out in the summer of last year, in the heat of the increase in the price of gas and CO2 emission rights, a customer with a regulated rate has been paying less for the electricity bill than another with free rate. In fact, many utilities have been accused of inflating the price for free market customers under the premises that, on the one hand, these rates offer greater stability and, on the other, that the user is left completely unconcerned.

However, if the current energy price crisis is taken into account, with electricity in the wholesale market skyrocketing, the reality is that the customer in the free market has been able to win during this period because they have agreed a lower price with their trading company, and, in addition, it takes advantage of the government’s tax reduction. In recent days the situation has turned around again and the price of electricity in Spain stands at levels of around 30 euros/MWh.

With respect to Repsol, the company offers rates in which the customer can choose up to ten hourly periods in which the price is reduced by half or contract a flat rate for 24 hours a day.

However, the oil company is not only focusing its efforts on growing in the electricity and gas market, but this year it has closed two very important operations in the field of renewables and exploration and production (upstream). It has bought Asterion Energies’ mega-portfolio of renewables, made up of 7,700 megawatts (MW), for 560 million euros, plus a maximum of 20 million in contingent payments.

Repsol has set itself the goal of reaching an installed renewable energy capacity of 20 gigawatts (GW) by the end of the decade. The oil companies lag behind the big utilities when it comes to renewable energy and need to invest billions of euros in new technologies to achieve decarbonization. In total, it will invest 19.3 billion euros in renewable electricity generation and green hydrogen production during the 2021-2025 period.

At the beginning of June, it also closed the sale of 25% of its renewable business for 905 million euros to the consortium formed by Crédit Agricole Assurances and the Swiss fund Energy Infrastructure Partners (EIP). Three months later, they sold part of their oil and gas business for 5,000 million. The transaction added Exploration and Production assets in Malaysia and block 46 CN in Vietnam. In total they represented approximately 2% of the company’s net production worldwide.