Resistance to lower prices and rates threaten consumption until June 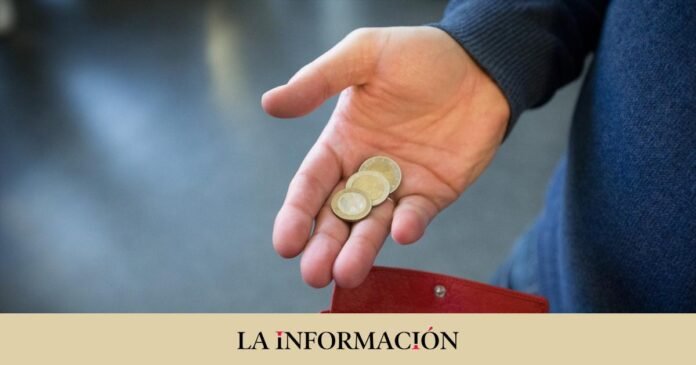 In December, the annual rate of inflation maintained the path of moderation that began in the summer and ended the last month of the year in Last month was the first since the price crisis worsened in which the core, which excluded its calculation the most volatile components such as fresh food and energy, stood above the general rate (at 6.9%). This has already happened on other occasions, such as between 2014 and 2016 years.

Core inflation is the reference taken into account by the European Central Bank (ECB) or economists to analyze whether the rise in prices is becoming a structural problem. Its downward resistance is worrying about the effects it may have in the short or medium term on consumption, especially at a time when households are going to have to face a notable rise in mortgage payments due to the rise in interest rates with which the issuer intends to control the rise in prices. This increase in quotas occurs with a certain delay in relation to the moment in which the ECB applies each increase in official rates.

Banks have made their fixed rate mortgages more expensive and the Euribor, the main indicator in Spain for variable rate mortgages, closed December at 3.018%, its highest level since the first months of the financial crisis in 2008, and there are who place it between 3.5 and 4% this year, since the ECB has made it clear that it will continue to be just as forceful in the coming months in its fight against inflation. What is worrying about a base at levels that have not been seen since the 1990s is its persistence, which, as María Jesús Fernández, senior economist at Funcas, explained to ‘La Información’, “shows the existence of upward structural pressures on prices”.

Consumption and the importance of expectations

And it’s not a problem that’s going to be fixed right away. In fact, it will be a constant in the coming months, according to Miguel Cardoso. The Chief Economist for Spain at BBVA Research warns this newspaper that it is very likely that we will see lower general inflation rates without a change in people’s perception, since the price of most goods and services will continue to going up. In the entity they foresee that the annual rate will be on average 4% in the current year and that the underlying will do so at 5%.

The positive reading for the experts is that, in general, the increase in domestic demand is still quite solid and has allowed companies to transfer part of the increase in costs to prices more and more quickly. The negative is that seeing the acceleration of the latter and in the absence of wage increases, consumers could revise their expectations downwards. “The fall in the first semester could be harder,” warns Cardoso and recalls that upward revision that is yet to come in mortgages with an underlying that can be conquered.

It is normal for a part of the increase in costs to be transferred to prices, although the increase in imported goods must be distributed, in his opinion, among the different economic actors. If it is perceived that companies do not assume their part in the increase in these costs, workers will begin to demand more salary increases, which can put us in a “vicious circle”. For now, this would not be happening. The economist José Carlos Díez points out that the most worrisome inflation, which affects services, is at 3.8%, even below the German rate (3.9% in December).

That of industrial goods is also moderating thanks to cheaper energy. The most difficult to control, however, will be that of food. José Carlos Díez recalls that the offer in many cases (in the case of oil, cereal or wine) will take time to reflect the effects of the rains, so it is very likely that the tension in the prices of these products will continue until the spring. The economist also affects the inertia of the underlying at a time when wage negotiations between employers and unions are underway (year).