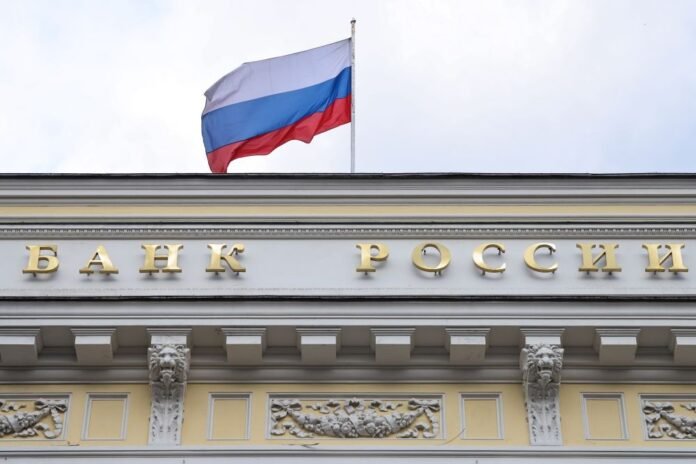 According to economists interviewed by Rossiyskaya Gazeta, a full-scale crisis in the banking sector should not be expected in 2023, since the reduction in rates creates the prerequisites for positive credit dynamics and a recovery of the sector’s profitability, but much will depend on external factors.

Despite certain positive aspects, the risks for the Russian economy and the banking sector, according to experts, remain high.

Thus, according to the forecast of the Central Bank of the Russian Federation, the lowest point of the Russian economy will pass in the first half of 2023, while new shocks cannot be ruled out, given the possible tightening of anti-Russian sanctions and the tense situation geopolitics.

“Thanks to the timely measures taken by the regulator to support the banking system, it approaches 2023 with a significant margin of stability. In the absence of new macroshocks, the sector can resume building its capital position, the profit of the sector at the end of the year could amount to around 1.2-1.5 trillion rubles, approaching three years ago,” he said. Yegor Lopatin, deputy head of the NKR agency’s rating group for financial institutions.

In his view, profitability will be pressured by a likely slowdown in retail credit growth, as well as the need to reserve frozen assets.

Much in the coming year will depend on external factors, but in the absence of significant political shocks, the banking sector should continue its progressive development, continues the Associate Professor of the Department of World Financial Markets and Fintech at PRUE. GV Plekhanova Tatiana Belyanchikova.

“The global sweep of the banking sector seems to be over, and in the current environment, the regulator will not rush to revoke licenses on its own initiative. Regulatory easing due to the current moment seems to linger into the next year, and further permitting actions aspects of the Bank of Russia can be added to them, such as the possibility for banks with a basic license to open correspondent accounts with credit institutions of friendly countries,” Belyanchikova said.

However, a reduction in the number of credit institutions will continue to occur in the coming year, but its main reasons are likely to be twofold: the refusal to continue business by a number of unprofitable banks and the merger process. and acquisitions, the expert said. do not rule out

Belyanchikova also sees growth potential in loans to households and businesses in the face of a cut in the key rate. “But if the economic situation worsens, several banks will be forced to apply a more prudent credit policy and take into account the increasing credit risks. However, the banking sector has every reason to stay in the profit zone and even increase it” . she is sure.

Ludmila Kozhekina, Director of Bank Ratings at Expert RA, does not expect a full-scale crisis in the banking sector in 2023, since the rate cut creates the prerequisites for positive credit dynamics and the recovery of the sector’s profitability, while that the Bank of Russia and the State provide comprehensive support to banks both through the liberalization of certain aspects of regulation, and through, for example, the extension of federal preferential programs (mortgage in particular), which have a positive effect on economic activity.

“However, next year the licenses of banks that will not be able to adapt to the new realities and do not have a sufficient margin of safety are likely to be revoked,” he believes.

Against the backdrop of lower interest rates, Expert RA expects moderate growth in retail loans, including unsecured loans, next year. The extension of the prime mortgage program will also provide significant support to retail. However, next year, retail credit will continue to be constrained by the unstable geopolitical and economic situation and falling household income, the ratings agency forecasts.

“Borrowers will be more balanced and cautious when it comes to increasing their debt load. In 2023, the most likely portfolio growth for consumer loans is 10-15%, for auto loans we expect around 5% , provided that the deficit in the car market is reduced with the import of Chinese cars and the increase in the production of Russian cars,” Kozhekina hopes.

Taking into account the extension of the preferential mortgage program to 8%, which in recent years provided more than half of the mortgage loans, and lower interest rates, the growth rate of the mortgage loan portfolio will be higher than that of 2022, believe. .

“This year, banking regulation has been adapted to a large extent to maintain the stability of the sector and the possibility of lending to the economy in the necessary volumes, taking into account the new challenges. In the absence of shock movements in the exchange rate of the ruble and the key rate, the profitability of the Russian banking sector in 2023 will recover, but the financial result will put pressure on the reserves for deferred blocked loans and assets due to easing,” Kozhekina emphasized.

Igor Dodonov, an analyst at FG Finam, points out that the Russian financial system has become one of the main targets of Western sanctions pressure in connection with a special military operation in Ukraine. However, thanks to the previously accumulated margin of security and support measures of the government and the Central Bank of the Russian Federation, the banking sector was able to survive the most difficult period with enough confidence: the sanctions did not critically affect its activities, although, of course, , created significant difficulties.

In addition, already at the beginning of the second half of 2022, the sector was able to enter a profitable trajectory.

“If there are no new economic or other shocks, in 2023 Russian banks may show a good recovery of profits, although I think it is premature to name specific figures,” Dodonov is sure.

The Central Bank this year does not provide data on the capital position of the banking sector, however, representatives of the regulator have repeatedly stated that the sector most likely does not need additional systemic capitalization (although individual banks may need help from the owners). Therefore, the stability of the sector can be assessed as a whole as quite high, notes the analyst.

“In this context, the business of Russian banks will remain under pressure. In particular, according to the Central Bank of the Russian Federation, in the event of a stress scenario involving the continuation of a strict sanctions regime, the deterioration of quality borrower credit and stagflation in the global economy, individual Russian creditors may need to capitalize up to 0.7 trillion rubles by the end of next year, although the sector is expected to retain its stability and credit potential,” Dodonov concluded.