HomeLatest NewsRising cost of technical inspection and electronic documents: how the life of...
Latest News

Rising cost of technical inspection and electronic documents: how the life of drivers will change in 2023 – Rossiyskaya Gazeta 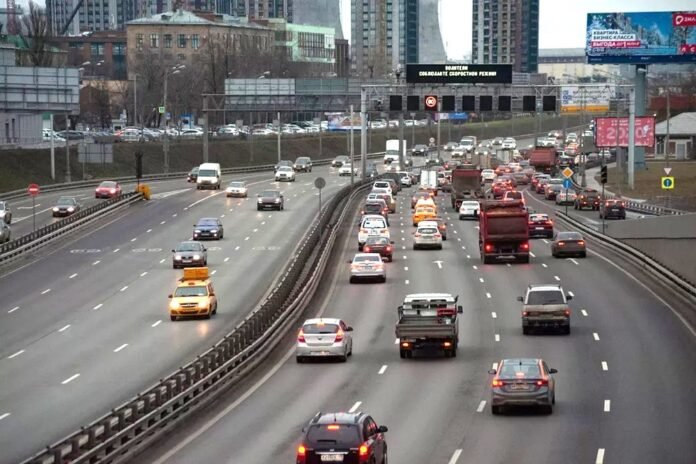 Inspection will go up in price

Inspection will go up in price in all regions. Somewhere for 12 percent, and somewhere for three times. As of January 1, the regions must launch a new pricing in accordance with the new FAS methodology. Yes, it is the Autonomous Communities that set the maximum cost of the technical inspection.

Despite the fact that the technical inspection for the owners of private vehicles is no longer mandatory, it will still be necessary to pass it. For example, if a car owner bought a car that is more than four years old. To register it, you will need to obtain a diagnostic card.

One of the main recommendations of the FAS is to collect data from operators. If no such data exists, apply the inflation rate and increase in average prices. But all this will work only next year with a view to 2024. The fact is that operators will be able to send such data only from July 1 to August 1. Didn’t have time to apply? Did less than half of the operators submit these data? The cost is calculated by local authorities on the basis of the current one, taking into account inflation.

Most regions have already revised the fee. In the Oryol region there were 300 rubles. In Bryansk – 305 rubles, in Kurgan – 362 rubles, in Kursk – 367 rubles. For these areas, the rate will increase almost three times. In the Moscow region, a fee of 940 rubles was set for cars. In Karelia, Mordovia, Khanty-Mansiysk Autonomous Okrug, Chuvashia, Altai, Stavropol Territories, Astrakhan, Kaluga, Kostroma, Orenburg, Smolensk Regions, the minimum fee provided for by the methodology was approved, that is, 913 rubles. Also received in the Republic of Sakha (Yakutia), the Yamal-Nenets Okrug, Novosibirsk, Omsk, Oryol, Pskov, Sverdlovsk, Tambov, Tyumen, Chelyabinsk autonomous regions. For the Kursk region, this is almost two and a half times more expensive.

The cost of car tuning will increase

New duties are introduced to change the design of the car. Any improvement of the machine, which requires changes in the documents, requires coordination with the State Traffic Inspectorate. It doesn’t matter if you put a gas balloon kit or a tow bar on the car, which was not originally provided by the manufacturer. If a previous permit for such a review of the traffic police was provided free of charge, then from January 1 it will cost 1000 rubles. A certificate of changes in the layout will cost 1.5 thousand rubles, instead of the previous 800.

And, of course, it is necessary to take into account all the expenses of testing laboratories, as well as the installation of new equipment. In general, switching to gas will be expensive.

Cars can be impounded from reckless drivers

The harsh amendments to the Code of Administrative Offenses, as well as the Criminal Code, began to work this year. But so far only in relation to drunk drivers who were caught driving in this state again. However, they also apply to reckless drivers who commit serious violations. For example, exceeding the speed limit by more than 60 km/h, running a red light, driving in the wrong lane, etc. But for such violators, there is a rather complicated procedure to bring them to justice. First, you must be disenfranchised for a repeat violation. Then, without a license, he must be caught again, and receive a new administrative sanction. And only when he is caught the next time, he will be prosecuted under a criminal article, which provides for the confiscation of the car. Perhaps in the new year the first dispossessed will appear. After all, the term of the punishment is one year, after the driver paid the fine or walked the term of deprivation of rights on foot.

Drivers will be able to present electronic documents

Drivers will have the right to submit documents electronically. But on condition that these documents were issued in this form. For example, an electronic OSAGO policy or an electronic waybill. Such rule will be enshrined in the Traffic Regulations from March 1 of next year.

It is now possible to electronically submit a Vehicle Registration Certificate or even rights. But this is done experimentally. The inspector on the road has the right to demand real documents. And the new modifications to the rules do not solve this situation at all. The rule on the possibility of presenting documents in electronic format applies only to those documents that were originally prepared in this format. Such opportunities have not yet extended to either the rights or the STS.

Professional drivers will be able to undergo a remote medical examination

Drivers who are transporting passengers or cargo will have the opportunity to undergo pre-trip or post-trip medical examinations remotely. Through telemedicine. This law will enter into force on September 1 of the following year.

All drivers must pass these inspections. However, this is often done formally. Or not done at all. Confirmation of the passage of such a medical service is simply purchased. Meanwhile, there are appropriate devices that allow you to measure the temperature, pressure, pulse and purity of exhalation. And besides, it is also unambiguous to establish who went through all these procedures. This technology will definitely simplify the life of the transport companies.

Cancellation of rights for medical reasons

They may cancel a driver’s license if contraindications are found in the driver’s medical report. In this case, doctors will not even cancel your medical certificate on the driver’s medical board. The driver will then have two months to undergo a second medical examination. If he doesn’t, his rights will be revoked. If contraindications are confirmed, they will also be cancelled. If restrictions on driving a vehicle are identified, the driver will receive a new certificate and will have to change their license to account for these restrictions.

If nothing comes up, the driver will receive a new certificate and the rights will remain valid. However, these amendments have not yet been adopted. But it is obvious that they will be accepted already in the spring session.

no drugs while driving

Perhaps next year amendments to the Administrative Offenses Code will be adopted, which will prohibit drivers from taking drugs while driving. True, not all, but only those that cause poisoning. Such a bill was developed by the Ministry of Internal Affairs, but has not yet been submitted to the State Duma. However, since it was developed by decision of the Constitutional Court, it will most likely be adopted.

According to this project, if the driver has signs of intoxication, the traffic police must send him for a medical examination, which will confirm or refute the fact of intoxication. The main thing here is clinical signs. If not, the driver is free. If they are and it is established that the intoxication is caused by drugs that are neither alcohol, nor drugs, nor psychotropics, then the driver is still drunk. With all the administrative or criminal consequences that derive from it.

But it is still unknown when these amendments will be adopted.