HomeLatest NewsRobots fly over our area: what to see before the end of...
Latest News

Robots fly over our area: what to see before the end of the holidays 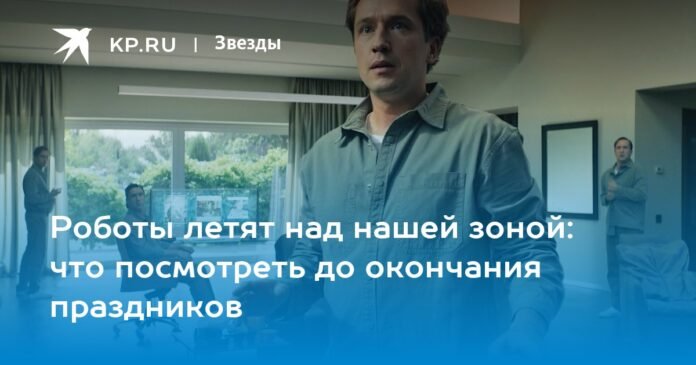 6 different stories about people and high technologies in the near future. The hero of the first story created 6 clones of himself for different tasks, but in the end he deprived himself of the right to feel and love; in the second, a failed programmer led a gang of homeless people looking for delivery robots in the woods; In the third school teacher, a part of the brain of a fighter without rules was transplanted and her life changed a lot; in the fourth, a person pretends to be a robot for many years; in the fifth, the spouses after death continue to control the life of their daughter, remaining digital consciousness; in the sixth, a man can be given 7 years for killing an artificial intelligence coffee machine.

Not all stories are equal in terms of dramatic power and not all fit equally well into the general concept (Medynich is fine in the series about the teacher, but there are no robots there), if you wish, you can name a bunch of references for each story (after all, they write about robots for a long time), but still, in general, the anthology turned out to be very, very nice. What distinguishes it from the epic “Black Mirror” is humor and a narrower focus: “Olivier and the Robots” is an everyday comedy, not a sharp social drama, albeit with philosophical undertones. Perhaps, as long as this is the most successful of the serial premieres already made in January.

Grandfather Zakhar refuses to sell his cottage with a plot, although multi-storey human shelters have already approached. Because the manor house, which the fascist still coveted, but his own grandfather’s would not allow it. Grandpa Zakhar has twin sons: one is a drunken, nerdy-looking heart surgeon, and the other is a down-on-his-luck hooligan who just retired from the area, plus a daughter-in-law and two grandchildren.

“Against All” shamelessly cosplays “White Dew” – a 1984 comedy with Sanaev and Karachentsov – even the musical theme sounds from there and in general persistently appeals to nostalgia for the Soviet past. It is not very smooth with the dramaturgy – it gives a little plywood, but in general, the comedy, despite all the secondary of the plot (we still do not remember “Up!”), Is not without charm. First of all, thanks to the wonderful Nikolai Dobrynin in the title role; unfortunately, the general public is mostly known for the cardboard image in “Matchmakers”. He broke a lot of branches, broke a lot of wood, as they say.

“Against All” shamelessly cosplays “White Dew” – a 1984 comedy

Where to watch: Starting January 2.

11-year-old Denis is scolded at school, and at home he does not feel comfortable: his mother does not understand him at all, moreover, she is pregnant with an optimistic stepfather. Denis has one consolation: the Battle computer game, which he is ready to play for days to become a professional esportsman and earn a lot of money. One day, his character from the game IIIRAM, a brave daredevil with huge biceps, appears to Denis in reality and begins to give him advice about life. At the same time, Denis falls in love with a classmate who dreams of becoming a journalist and accidentally gets involved with the drug mafia.

Of recent serious dramas about teenagers, “Headshot” is distinguished by light intonation and a lot of game action on the screen, filmed in reality, but stylized as video graphics. Particularly good are the fast-paced shots taken with a flying camera, obviously using sports drones. All of this can attract young players to the series, who at the same time absorb deeper meanings about growing up, which the series also carries. Well, it will be useful for parents to know how much a computer game can mean to a teenager. At the same time, adults will remember that a headshot is a game headshot.

Where to see: Kinopoisk from January 2.