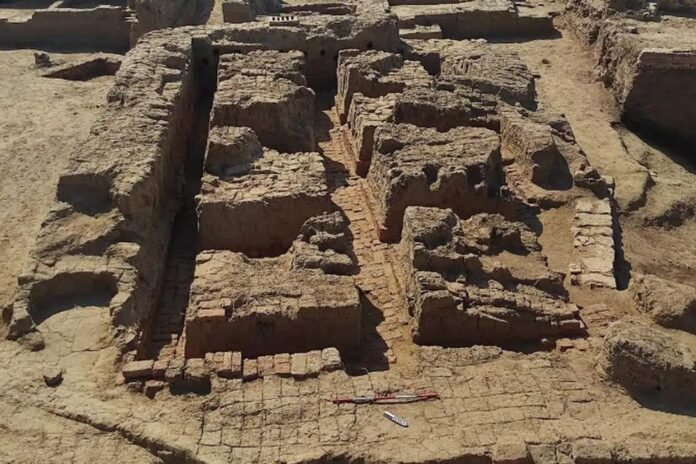 In Egypt, the archaeological mission of the Ministry of Tourism and Antiquities, during excavations in the city of Luxor, unexpectedly discovered the remains of a Roman city that was previously unknown to Egyptologists.

According to Heritage Daily, the discovery was made by a team of archaeologists led by Dr. Mustafa Waziri, secretary general of Egypt’s Supreme Council of Antiquities. The group was not looking for a city at all, they were excavating an area located next to the famous ancient Egyptian temple of Luxor.

During these excavations, unexpectedly, unknown ruins of a whole city were discovered, which, according to preliminary dating, belongs to the Roman period, was built around the second or third century of our era. This discovery will force scientists to reconsider the history of Luxor.

Many history buffs also know Luxor as the ancient city of Thebes, which was the great capital of Upper Egypt during the New Kingdom. The ancient Greeks called it Thebai, but after the conquest of Egypt the Romans adapted the name to their language, so the city became Thebes.

Probably, in Roman times, in the vicinity of the ancient Egyptian temple, the Romans built a fortress to house the legionnaires, which also housed the residence of the Roman administration of the region. Little by little, this fortress turned into a small town. Thus, during the excavations, the remains of several Roman houses and the foundations of two towers were discovered. The latter, according to the researchers, were built to house homing pigeons.

In these towers, as related finds show, there were many ceramic vessels which, according to Dr. Fati Yasin, director general of the Upper Egyptian Antiquities Authority, were specifically used for nesting pigeons. In addition, archaeologists have discovered Roman workshops for the production and smelting of metals in an unknown city. In particular, numerous pots, grinding tools, earthenware, and copper and bronze coins were found there.

By the way, in this area, archaeologists have previously found remains of Roman structures, including part of the wall and a warehouse from Roman times, amphoras and various other artifacts. But only new excavations have shown that a whole Roman city was located here.