Rural savings banks agree to a 4.5% wage increase for next year 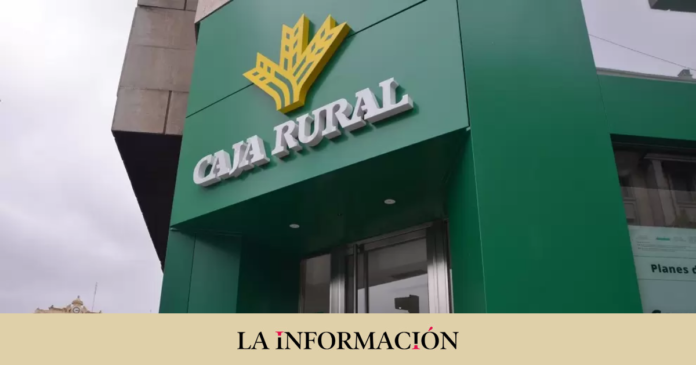 The employees of the 42 rural savings banks in Spain will present a 4.5% salary increase next year with the aim of partially offsetting the impact of the rise in inflammation compared to the 1% initially set. The agreement was reached this Tuesday between the two employers of these entities, Unacc and Acemec, and the unions.

This has been reported to Efe by union sources, who have congratulated themselves on having been able to reopen the agreement, negotiated for five years and which expired next year. Both parties have agreed, in a similar way, to meet again in March of next year to analyze another possible salary increase for these professionals, once the results obtained by the rural banks in 2022 are known, as explained by the unions.

Bank workers will also benefit from a 4.5% wage increase next year, after a recent agreement reached by the unions and the employers’ association AEB. However, the employers’ association CECA, which brings together the banks created by the old savings banks, including CaixaBank, has asked for “more time” to make a decision, union sources explain to Efe, who recall that it is expected to sit down talk next January.

The loss of purchasing power of workers in the face of the inflationary escalation that the economy is going through has made it necessary to review the collective agreements of many sectors to incorporate salary improvements for the coming years.

In addition to the banks and rural savings banks, the perfumery sector recently appeared with the unions a new four-year state agreement (2022-2025), which sets a salary increase of 15.5% and has retroactive effects from 1 January 2022 after almost a year of negotiations. The collective catering sector also recently closed an agreement for the period between 2022 and 2024, which sets wage increases of 3% in 2022, 2.5% in 2023 and 2.5% in 2024.

Increases in the rest of the sectors

The Spanish Association of Fuel and Fuel Retailers (Aevecar) annual review at 75% of the real CPI.

In the aviation sector, Iberia began the X collective agreement for pilots at the beginning of December, which includes a minimum 10% salary increase until the end of 2023, and hopes to reach an agreement with cabin crew.

In the department store sector, the Fetico union, the majority, proposes that wages in chain stores such as El Corte Inglés, Carrefour, Alcampo, Ikea or Leroy Merlín be increased by 18% in four years, at a rate of more than 4.2% per year, an increase that the union wants to raise to 19%.

Another large chain, DIA Spain, and the Fetico, CCOO and UGT FeSMC unions agreed to wage increases of between 8 and 12% within the framework of the company’s V collective agreement, which expires on December 31, 2024.