HomeLatest NewsRussia has an answer to the oil price ceiling: Moscow is considering...
Latest News

Russia has an answer to the oil price ceiling: Moscow is considering two options 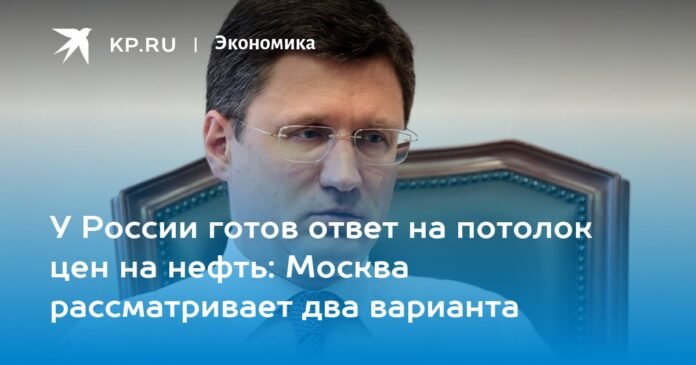 Here are the brightest quotes.

Alexander Novak is in charge of the fuel and power complex in the government. The same ones around which many copies have been breaking lately. Recall that at the beginning of the month, Western countries set a price cap for Russian oil at $60 a barrel, and on December 20 they added a gas price cap of €180 per MWh. The Deputy Prime Minister spoke about this (and not only) in an interview with the Russia 24 TV channel. Here are the brightest quotes.

ON THE CEILING OF THE OIL PRICE

– For the first time in history, such a tool is used – a maximum price. Nobody understands how it will work. The most limiting level was recently set at $60 per barrel. But today, Brent oil is trading at $80, and Urals (the main brand of Russian oil) is trading at a discount.

Now a presidential decree is being prepared to prohibit the supply of oil and derivatives to those countries that will demand compliance in contracts with the maximum price. We are even willing to opt for a partial reduction in production. Early next year, we may have a reduction of 500,000 to 700,000 barrels per day, which is around 5-6%.

ABOUT THE GAS PRICE CEILING

– Now the price of gas in the market is $1,100 (per thousand cubic meters, – Ed.). This is well below the limit. However, it seems to me that our European partners do not fully understand that such instruments only lead to the redistribution of gas, which will be sought by other markets.

– As a result of hostile actions (of Western states, – Ed.), our energy resources are being redirected to the markets of friendly countries. First of all, it is the Asia-Pacific region, the African countries, the Latin American countries.

ABOUT THE RESULTS OF THE YEAR

– On average for the year in the oil industry, an increase in production volumes. We will produce approximately 5% more petroleum products than last year.

The decrease in production in the gas industry – 18%. But this is mainly due to a reduction in gas consumption in Europe, with terrorist attacks on the gas pipeline infrastructure and functional restrictions. But, nevertheless, the volume of gas production will be 671 billion cubic meters. This is a good result. Approximately 470 billion cubic meters will go to the domestic market. This volume is necessary for the development of gas engine fuel, gasification.

Sanctions have been imposed on the coal industry and Europe has banned supply since August. However, during the year, the production volume remained at the same level.

– There are fluctuations in oil prices between 70 and 100 dollars. I think prices will probably be in this range next year.

We are actively diversifying liquefied natural gas supplies. If before Russia produced only 11 million tons of LNG, today there are already four plants operating with a total capacity of 36 million tons of LNG. This is almost a 3.5 times increase. We plan to reach the level of 60 million tons in the next three to four years, then up to 100 million tons.

ON THE INVESTIGATION OF EXPLOSIONS IN ARROYOS DEL NORTE