Russian Ministry of Defense: in the Nikolaev region, the American M777 artillery system was destroyed, and in the Donbass, the AN / TPQ-37 counter-battery radar – Rossiyskaya Gazeta 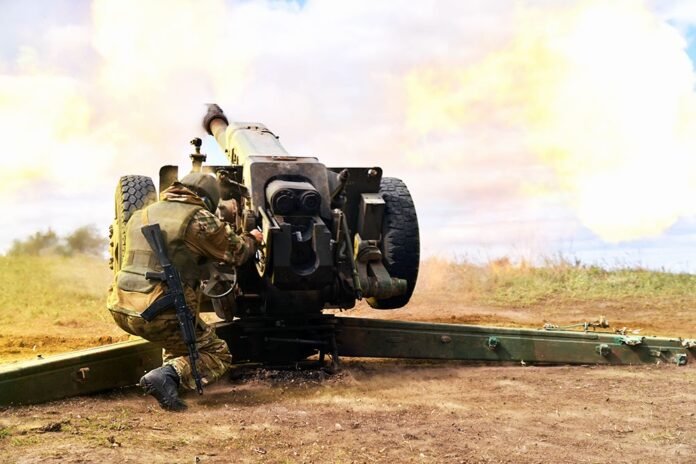 He also said that two artillery ammunition depots of the Ukrainian Armed Forces were destroyed in the Gulyai Polya area in the Zaporozhye region and near Krasny Liman in the DPR.

In the course of a counter-battery fight, our troops managed to hit a combat vehicle of the Ukrainian Grad multiple launch rocket system and two enemy Vilkha MLRS launchers near Vodyany and Ocheretino (Donetsk People’s Republic).

In the Gulyai Polya and Pavlovka areas of the Zaporozhye region, near Velyka Novoselka in the DPR, one Ukrainian 2S1 Gvozdika self-propelled gun and two 2S3 Akatsiya self-propelled howitzers were destroyed at firing positions.

Near Belogorovka, Pervomaisky and Artemovsk in the DPR, near Ingulets and Novobereslav in the Kherson region, our army knocked out three enemy D-20 and two D-30 howitzers. And in the Matrosovka area of ​​​​the Nikolaev region, the American M777 artillery system.

“In addition, in the area of ​​​​the Novoselivka settlement in the Lugansk People’s Republic, an American-made AN/TPQ-37 counterbattery radar was destroyed,” Konashenkov reported.

According to him, in the LPR and in the Kherson region, five rockets of the American multiple launch rocket system HIMARS and four American-made HARM anti-radar missiles were intercepted.

According to the Russian Defense Ministry, since the start of the special military operation, Ukrainian armed formations have lost 359 aircraft, 199 helicopters, 2,834 UAVs, 399 anti-aircraft missile systems, 7,422 tanks and other armored fighting vehicles.