Russian Ministry of Defense: This year, the Strategic Missile Forces will complete the re-equipment of its mobile group KXan 36 Daily News 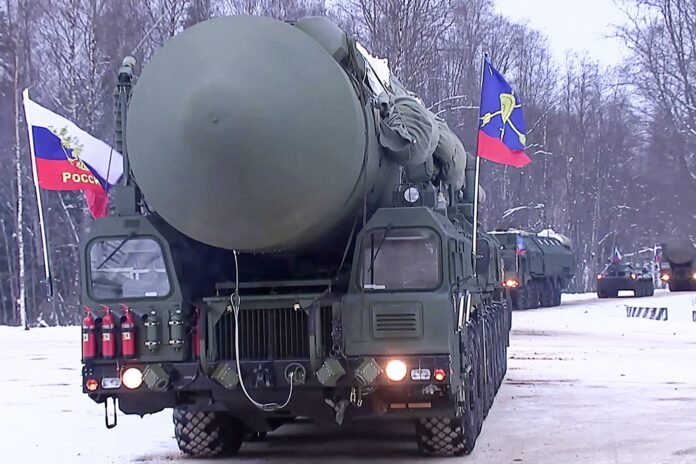 They recalled that in December last year, in the westernmost formation of the Strategic Missile Forces, one such missile regiment took up combat duty. “Preliminary preparatory work was carried out: the appropriate infrastructure was created, the personnel underwent new training for combat service in the Yars PGRK,” the department noted.

They added that the strategic complex is replacing the Topol mobile missile system in the fighting force.

Last month, at the final meeting of the Ministry of Defense of Russia with the participation of the Supreme Commander-in-Chief, the head of the department, Sergei Shoigu, reported that our nuclear triad is maintained at a level that allows us to ensure strategic security. deterrence.

“The high combat readiness of the strategic nuclear forces is guaranteed by an unprecedented level of modernity, brought to 91.3 percent,” the Defense Minister said at the time.

He also noted that the Strategic Missile Forces have completed the re-equipment of two missile regiments with the Yars mobile land-based missile system.

Among the priority tasks for 2023, Shoigu named the following: putting 22 launchers with Yars, Avangard and Sarmat ICBMs into combat duty in the Strategic Missile Forces.

In a sense, Yars can be called the younger brother of the strategic Topol. It was developed on this basis, but it turned out to be much more powerful.

The deployed combat characteristics of the Yars are kept secret for obvious reasons. However, it is known that this missile surpasses the RS-12M2 “poplar” in terms of launch weight by more than 20 percent. Despite the fact that Yars carries not one, but 3-4 nuclear units, the designers managed to keep the flight range of the new strategic missile at more than 10,000 kilometers.

But even this is not the main thing. Experts say that the cutting-edge technological solutions used in its creation guarantee high survivability of ammunition, and in the next 20-30 years, Yars, Topol-M and newer missiles will be able to outperform any missile defense system.