Russians are shocked by the meanness of Maxim Galkin* 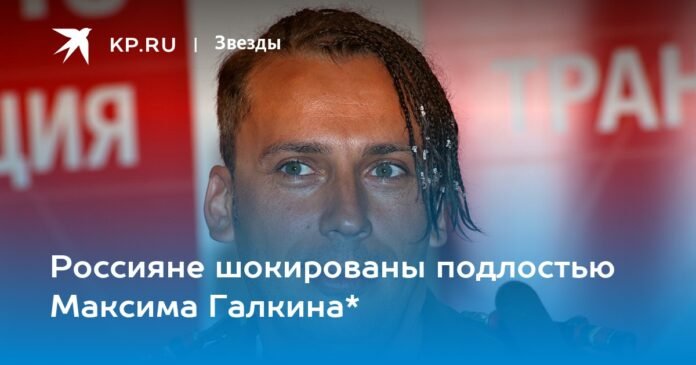 Maxim Galkin*, during a speech in Dubai, responded to chants from Nazis and fascists as a simple “hello.” Not in a whisper and without taking the microphone to the side, but in full voice, loud and clear. The Russians called the act of Alla Pugacheva’s husband vile, many admitted that they were shocked by what they heard.

Maxim Galkin, during his concert in Dubai, publicly saluted the Nazis and fascists in response to a shout from one of the spectators. “They asked me to be neutral, but how can I be neutral? …” – the artist raises his hands.

Surprised Russians rushed to Galkin’s blog, began to leave words of indignation and calls from Alla Pugacheva’s husband to change their minds and not stoop to such blatant meanness. “Maxim hammered the last nail, so to speak… I hope I never go to Russia again!”, “Maxim, but what you did is bad”, write the followers.

Could not pass and Dmitry Rogozin. The politician recalled that Maxim’s father, Colonel General Alexander Alexandrovich, is a worthy and respected person. “Brother Dmitry, since 2006, president of the private “Military Industrial Company”, which is a partner of the state in the field of equipping the Armed Forces … Why are you such a geek, Maxim?” – Rogozin could not restrain himself.