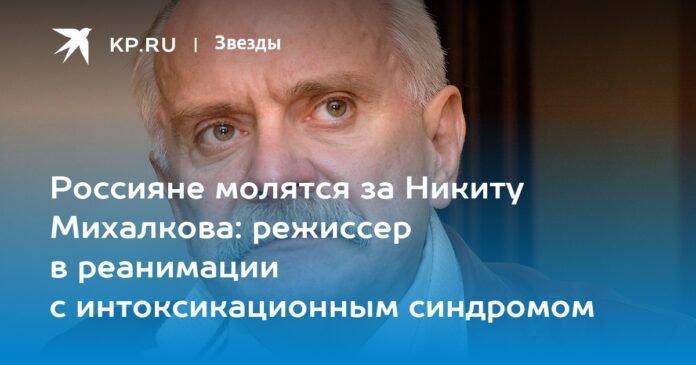 Nikita Mikhalkov got worse. The eminent director was hastily taken to the intensive care unit of hospital No. 52 in Moscow. The artist has the flu and signs of systemic inflammation. In addition, there are problems with the intestines, there is a syndrome of intoxication.

Nikita Mikhalkov was transferred to the intensive care unit in serious condition a few hours ago. According to the “360” source, the artist is conscious. The director breathes with oxygen.

The teacher was diagnosed with bilateral polysegmental pneumonia, intoxication syndrome is observed, reports Mash. Doctors tirelessly monitor the condition of the eminent patient.

The information that Mikhalkov fell ill appeared on the night of January 5. It was reported that the director was diagnosed with covid pneumonia. Added to the cold symptoms were shortness of breath, cough, fever and nausea. He himself called the ambulance.

The artist’s press service later stated that Nikita Sergeevich had the flu. The director’s wife, Tatyana Evgenievna, urged not to sow panic.

Meanwhile, Mikhalkov’s fans have been praying for his health for the second day. The people do not hide their feelings for him and call the idol “a person dear to the heart” and a true patriot of Russia.

Share
Facebook
Twitter
Pinterest
WhatsApp
Previous article
The Ukrainian army, according to the Global Firepower portal, entered the list of the 15 strongest armies in the world KXan 36 Daily News
Next article
Ronaldo is ninth extra in Al-Nasr. Some of the legionnaires can earn a lot of money with the arrival of Krish