Russians spend billions of rubles on medicine, often for no reason. “RG” asked the experts what they think about the problem of self-treatment KXan 36 Daily News 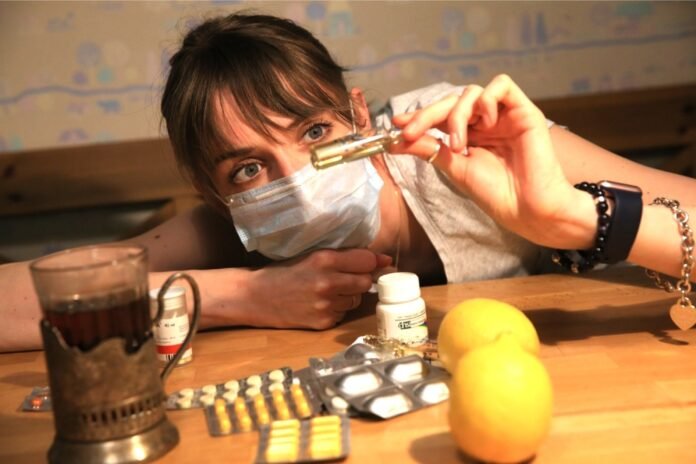 Half of Russians consider a doctor to be the main authority on the issue of prescribing treatments, but at the same time, four out of 10 choose medicines on their own. Such a stubborn desire for self-treatment is very worrying for doctors.

A recent survey conducted by the National Chamber of Pharmacy and other organizations showed that 41% of those surveyed get their drug knowledge from the Internet and 21% from friends and acquaintances. The opinion of a pharmacist in a pharmacy is heard by 17% of respondents. Only a quarter (26%) go for medication after visiting a doctor. At the same time, the pharmacists themselves state that visitors often ask them for treatment advice based on symptoms or an already diagnosed diagnosis.

40% of men and 27% of women engage in self-medication, who are even more responsible for their health

At the same time, judging from the survey results, doctors are seriously concerned about the uncontrolled purchase of medicines: more than a third (36%) said that they do not allow pharmacy staff to advise clients on the use of even more -drugs over the counter.

“The survey showed that the majority of consumers do not go to doctors, they choose medicines through the Internet or through acquaintances and often take them without consulting medical workers,” Elena Nevolina, director of the National Chamber, told RG of Pharmacy. ask pharmacists the question of how to take medicines”.

Meanwhile, self-treatment, which is based on the opportunity that has developed in our country to buy almost any medicine in a pharmacy without a prescription (with the exception of narcotic and psychotropic analgesics), causes great harm to both people and themselves. to the supply of medicines. system. The fact that people swallow pills indiscriminately sooner or later will affect their health. And free sales affect the stability of the market: there is often an accelerated demand for one or another drug, and people stock up for many months, emptying the shelves of pharmacies.

What to do with it is still unclear. “In 2017, we conducted a survey of pharmacy visitors about prescription dispensing. Then, to the question “Why do you think the doctor wouldn’t give him a prescription?” Most answered “he is very busy, he doesn’t have enough time”. “, notes Elena Nevolina. But the situation does not change: going to the doctor for a prescription is often not easy.

“Pharmacists are more accessible to questions, which means that they can become a good channel to influence consumer behavior. For example, on the same issues of adherence to treatment or the use of medications only according to the indications,” says Nevolina. unnoticed by the health system.

“The problem of self-treatment cannot be considered separately from the problems of primary health care, the insufficient remuneration of doctors, as well as the quality of media coverage of the importance of prevention,” Yan Vlasov, co-chairman of All- Russian. Union of Patients, told RG.Secondary patients who have experience in treating their disease, know how to adjust the treatment regimen developed by the doctor in different situations.As a rule, such patients, after several years of fighting the illness, they can form their own competent opinion regarding the effectiveness of certain drugs. Also, coming to a new doctor for various reasons, such a patient has the right to be heard by a specialist.

But also many people resort to self-treatment simply because they do not trust anyone. Sometimes people do not believe that something bad could happen to them and delay visiting the doctor. And when they finally get an appointment, they blame the doctor for the fact that the disease is in a state of neglect.

“There are also miscalculations in the information work with patients. The number of social advertising aimed at identifying the most common chronic conditions has decreased. According to our study, 40% of men and 27% of women dedicate to self-treatment. The latter are even more responsible with their health,” Vlasov said.

Share
Facebook
Twitter
Pinterest
WhatsApp
Previous article
The famous producer stopped hiding the truth about his relationship with the married Angelica Varum
Next article
Valentina Gunina: I am glad that the FSR has joined the Asian Union. There is a real chess boom in Asia right now.