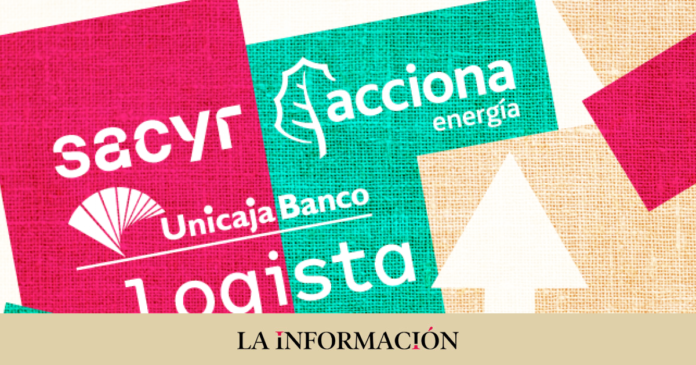 The Ibex 35 closes 2022 with several changes to its list of components. The main index of the Spanish stock market has registered up to four changes throughout the year due to the disturbances in the market, which have led to an annual loss of 4.5% in the absence of the last session of the year. Sacyr, Acciona Energía, Logista and Unicaja Banco are the new members of the select stock market club that have revolutionized the index in this disastrous year with a common thread: the high expectations that analysts place on them.

Logista, which is about to close its first fortnight trading on the Ibex, starts as the favorite for the consensus according to Bloomberg data. Almost 93% of the investment banks that cover it recommend buying and none selling shares of this value, which is trading at 2.18 euros from its target price. The distribution group has managed to remove the label of ‘eternal candidate’ after debuting in the index, replacing PharmaMar after accumulating an annual revaluation of more than 36%, compared to the general falls. In the last two weeks the advance has been 1.12%.

Its evolution on the stock market has been in line with its expansion throughout 2022 in which it has carried out several major operations. At the national level, the purchase of 60% of Transportes El Mosca and Carbó Collbatallé stands out, while abroad it has launched with the acquisitions of Dois Lados in Portugal and Carbó Collbatallé in the Netherlands.

It is followed in second place by Sacyr, which has returned to the Ibex in style after being expelled in 2016, after setting annual highs and with the possibility of going back more than 32%.

At the present time, its titles are trading at a price of 2.64 euros, which means that nine out of ten recommendations are to buy and only one advice to maintain. However, this with the increase in bearish positions in this value during the last two months, up to 2.77% and will define it in the second value with the most capital invested downwards.

Unicaja Banco, for its part, has been one of the surprise additions. The Malaga-based firm began its journey through the selective last Tuesday after the departure of Siemens Gamesa, reinforcing the high weight of the bank in the Ibex, as the sixth company in the sector, which has been well received among investors. Since BME’s decision was announced on December 19, its shares have experienced a revaluation of over 12% with the possibility of reaching 1.34 euros, which is the price set by consensus for its shares, compared to 1,058 euros at the market close this Thursday. Its average recommendation is, however, somewhat worse than that of the other additions to the index. Although it enjoys majority buy advice, 16% of analysts advise selling and more than 11% holding.

Acciona Energía has also found its place among the favorites of analysts after entering at the same time as the infrastructure group, replacing Almirall and CIE Automotive. BME’s ‘council of wise men’ finally opted for the renewables firm despite the fact that its parent company, Acciona, is already on the Ibex. The course of the share, which is 4% below the price with which it was incorporated into the Ibex on June 20, divides analysts: 50% advise buying; 42.3% maintain; and 7.7%, seller. Despite this, they are confident in its potential and give it a target price of 41.81 euros, which translates into a potential bullish run on the stock market of 16.75% over twelve months. Since its IPO in 2021, Acciona Energia has recorded a 35% stake.

Share
Facebook
Twitter
Pinterest
WhatsApp
Previous article
Shock forecast for Russia in 2023: we will eat insects, and refrigerators will ask for beer themselves
Next article
In Primorye, travel has been restored on all roads closed due to snowfall KXan 36 Daily News