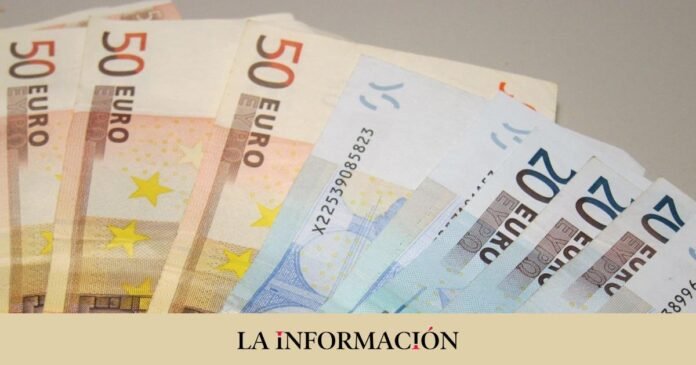 The Government approves this Tuesday, December 27, in the Council of Ministers, the sixth package of economic measures since March with the aim of curbing the economic consequences derived from the war in Ukraine. According to the forecast, this set of aid worth 45,000 million euros will begin to take effect on January 1 and will include new measures to deal with the escalation of food, fuel and light prices and other direct effects of inflation. As the President of the Government pointed out during the press conference after the Council of Ministers, the idea is to continue “protecting vulnerable groups from the increase in the price of food and other basic necessities”.

Likewise, the decree also extends other measures that were contemplated in the last package and that expired on December 31. And it eliminates some proposals such as the aid of 20 cents per liter of gasoline, which will be maintained for “the sectors that may be most affected”, according to the First Vice President and Minister of Economic Affairs and Digital Transformation, Nadia Calviño, two weeks ago.

Its negotiation has not been easy, since some of the points have generated tensions between the government partners. One of the novelties included will be the check to help the shopping cart for the most vulnerable families for a value of 200 euros. In addition, Pedro Sánchez himself announced a few days ago that this new package of measures also maintained support for the gas-intensive and ceramic industry.

As we mentioned before, one of the key points of this package is the elimination of the discount of 20 cents per liter of gasoline for all citizens that was introduced on April 1. The new decree maintains this subsidy only for certain professional groups, such as carriers and workers in the primary sector. Likewise, it should be noted that its application will change, since the discount will no longer be made automatically on the ticket, but will occur in the returns that the professionals will receive at the end of each month.

Check for the shopping cart

Another novelty within the anti-crisis measures decree is the introduction of a new aid for the shopping basket in the form of a check for vulnerable families worth 200 euros. It is estimated that this measure affects more than 4 million citizens. In this case, the essential requirement will be to have an income of less than 27,000 euros per year. On the other hand, with the aim of cushioning the impact of rising inflation and alleviating families’ food spending, VAT will be lowered for six months from 4% to 0% on staple food, as well as from 10% on 5% oil and paste.

This economic and direct aid can be requested from January 2023 and will be a single payment. In addition, it includes a direct line of aid for farmers to deal with the increase in fertilizer prices and a guarantee that this translates into a reduction in the price of food for the final consumer.

It should be noted that the measures to reduce the electricity bill will be extended. The idea is to extend the bulk of the protection measures for the month of March and July, for an additional six months, with other reductions in gas and electricity. On the one hand, with the drop in electricity VAT from 10 to 5% and on the other, with the suspension of the generation tax, and on the other, the reduction of the special tax, according to the minimums set by Europe. In this regard, the prohibition of basic supply cuts and the continuation of the social bonus for vulnerable households is also extended until December 31, 2023.

The President of the Government recorded during the press conference that the gas cap implemented with the Iberian exception has already meant a saving of around 150 euros per household. In addition, he has announced that Europe is working to implement a cap on significant gas, that is, the joint purchase of gas for Europeans and the acceleration to implement renewable energy.

The extension of the public transport discount that ended on December 31 has already been sent. A 30% discount will be used on urban transport in those territories where the autonomous governments complement each other up to 50% and the free Cercanías and Rodalíes continue for travelers. Of course, Renfe has already announced that it will use new measures to prevent the abuse of these passes and in the last month it has already removed more than 70 of these special tickets from their holders for repeated irregular use. The company will also seize the 20 euros of deposit that they paid when requesting it and sanctioned passengers will not be able to request a new free credit until 30 days have elapsed since they have been cancelled.

Extension of the rent limitation

In another order, the limitation of rent updating to 2% will continue until December 31, which will mainly affect those citizens who have a valid contract whose rent rises once a year. It also introduced a 6-month extension for rentals due before June 30.

Likewise, the suspension of evictions for vulnerable households is extended. In other aspects, the 15% increase in the Minimum Vital Income and non-contributory pensions is maintained.