HomeLatest NewsSánchez studies lowering VAT on fish and other products in the shopping...
Latest News 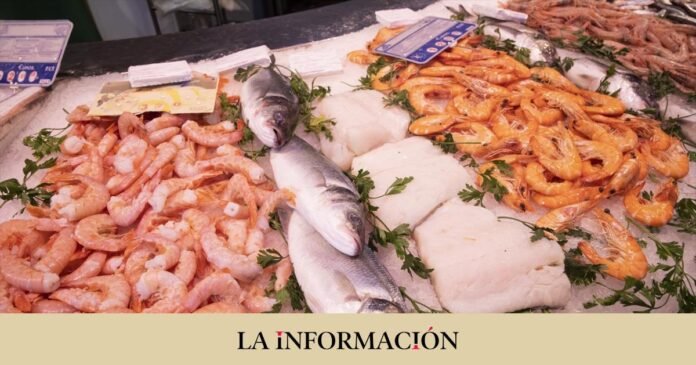 The Government is considering reducing VAT on various foods that make up the Spanish shopping basket, with the aim of minimizing the blow that the escalation of inflation is causing and, more specifically, the ‘rally’ in food prices which, according to the latest data from the National Statistics Institute (INE), became 15.3% more expensive in November compared to the same month of the previous year. Fish would be among the affected products.

This would be one of the measures that is gaining the most strength to be included in the decree law that will be approved in the last Council of Ministers of the year, on Tuesday, December 27, so that the initiatives that are given the green light can enter into force as of January 1.

The second vice president of the Government and Minister of Labor and Social Economy Yolanda Díaz to face the rise in the shopping basket.

However, the vice president was in favor of lowering this tax (one of the three that collects the most in our country along with Personal Income Tax and Corporate Tax) on certain food products, for example fish, but insisted that a general reduction is not the solution to the problems that families have.

VAT on food in Spain varies between the reduced rate (10%) and the super-reduced rate (4%). Food products are considered to be those that can be used as food for humans or animals. All these products are subject to 10%, except those that are considered staple foods such as milk, eggs, fruits and vegetables, bread or legumes and that are taxed at the super-reduced rate of 4% and cannot be He said of a lower rate, unless the Government decided to eliminate VAT for these products.

However, there are certain foods that do not fit into any of these categories, such as sugary or alcoholic beverages, to which the general VAT rate of 21% is applied. For his part, the Minister of Agriculture, Fisheries and Food, Luis Planas, also assured this week that the Government is working with the primary sector, industry and, “above all”, with distribution to adopt measures to curb the increase in the food basket from the month of January.

“We are working on them and I would advance an agreement that does not exist today, what I do say is that we are in contact with the distribution in a very constructive and positive dialogue. Each one has to assume their share of responsibility, the Government adopting the measures that it takes, but also, obviously, the food chain and, particularly, distribution”, Planas stressed in statements to the ’24 horas’ channel collected by Europa Press.

Help the most vulnerable families

“We want to act in a double sense: try to limit the rise in food prices and, secondly, help especially the most vulnerable families and, of course, the whole of Spanish society”, Planas stressed. The large distribution asks to alleviate the taxation of households, with occasional reductions in VAT and deflation of income tax.

In similar terms, the person in charge of the Treasury, María Jesús Montero, who last week and asked about relief measures in the face of the rise in food, defended that it is necessary, on the one hand, to protect the most vulnerable, but on the other another was in favor of taking measures “aimed at the middle and working classes”, in line with the reduction in VAT on gas and electricity, “because with their taxes they contribute to the financing of the welfare state”.

From the National Association of Large Distribution Companies (Anged), which includes brands such as El Corte Inglés, Carrefour or Ikea, among others, it has been claimed to avoid new taxes for companies and reduce tax burdens on households, with measures such as the deflation of personal income tax or specific VAT reductions.

“The reduction in VAT on food is one of the measures that we, from the distribution sector, have been demanding from the Government for months to help alleviate the escalation of prices, in addition to other measures to reduce allow the strong cost pressure that companies endure, mainly, with better access to energy ”, they have pointed out to Europa Press from the employers’ association.