HomeLatest NewsSánchez will decide if he removes the cap on gas in the...
Latest News 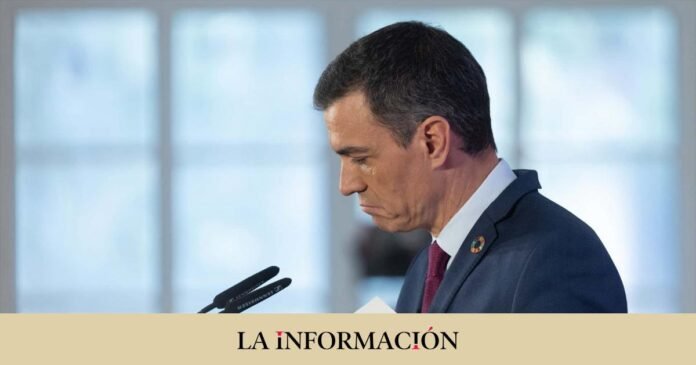 The Government will have to decide whether to maintain the cap on gas in May, at the gates of municipal and regional elections in 14 territories, and just six months after summoning Spaniards to the polls again to elect their representatives at the national level. In this political context, from the PSOE environment they warn that ending the limit on the price of hydrocarbons at that time would be equivalent to buying ballots for an electoral hit, given that technical and business sources assure La Información that it will be very difficult for prices will not rise if the ‘Iberian exception’ comes to an end and the European limit is applied, which is more than double what Spain will have in five months and will mean a more than certain increase in energy prices.

An upward movement in gas would translate into a new increase in inflation and would curb the effect of many of the government’s measures to relax prices, since it would quickly pass through to other products, as happened in the last year. From the business side it is understood that the limit set by Brussels of 180 euros per megawatt hour for imported gas is high, if we take into account that the futures market prices forecast for this year do not reach that amount. Spain and Portugal will have in May, with which, if the exceptional measure with the endorsement of Brussels is not extended, it is certain that gas and electricity will be more expensive in the Iberian Peninsula from that moment, in the middle of an election year.

In addition, Spain will occupy the presidency of the Council of the European Union in the second half of the year, so Pedro Sánchez will seek to maintain leadership in this matter within the group of 27. With the standard-bearer victory in Brussels last April, Spain and Portugal managed to limit the price of gas for one year, with an initial cap of 40 euros/MWh that would increase by 5 euros per month from December 2022 until reaching 70 euros when the term expires. RDL 10/2022 established that the measure would be in force for 12 months, in response to the exceptional situation caused by the war in Ukraine, so May 31 is its deadline, just three days after the first appointment. election of the year

This implies that the Government will have to transmit to the European Union its will to extend the limit on the price of hydrocarbons in the middle of the electoral campaign of the municipal elections, which is not a minor matter for the parties that are members of the Council of Ministers. for the socialist wing that is at stake to revalidate 22 mayoralties of provincial capitals and more than 80 municipalities with more than 50,000 inhabitants, while its purple partners fall especially in the polls and the PP takes advantage of the announced death of Ciudadanos. In addition, the socialist governments of Aragon and Extremadura are in danger, according to the CIS survey published in December, and is at risk of being overtaken by Más Madrid on the bench of the opposition to Ayuso.

For the moment, the Government has not confirmed whether or when it will transmit this request to Brussels, despite having expressed its satisfaction with the mechanism on numerous occasions. However, the Minister of Social Rights and the 2030 Agenda, Ione Belarra, surprised this Wednesday with a post on Twitter in which she implied that the decision had been made. “It is great news that the PSOE has accepted our proposal to keep the gas cap at 40 euros and longer, starting a new negotiation with Brussels,” she wrote.

The decision not to extend the exception period, or worse, receiving a negative response from Brussels would have Sánchez in a bind. The forecast of a rise in the prices of gas and consequently, of electricity, would not be a good slogan for the socialist candidates at the local and regional level; If the ceiling is raised to 180 euros/MWh and the Spanish see in their pocket the general increase in prices that the experts have already warned about, it would make it really difficult for the Socialist leader to revalidate the Government. Even more so, when the economic crisis constitutes one of the main concerns for citizens, as the CIS survey has confirmed for several consecutive months.

The problem for the head of the Government is that not everything is in his hands to be able to extend the term of application of this limit. The work of Teresa Ribera’s portfolio will be key in evaluating the effects of the mechanism, which in 2022 will calculate a saving of 4,000 million euros. But the opinion of the experts appointed to monitor its operation will also weigh when making the final decision and submitting the request to the highest European authorities. In any case, the fear on both sides of the Administration is that a new increase in gas prices will trigger the price of electricity to values ​​that exceed 200 euros/MWH, far removed from the minimums registered during the holidays. Christmas.

In addition, the European institutions also conceive it as an exceptional performance, which attends to a specific context that is difficult to anticipate, how it is to know the characteristics of Putin’s movements by then. However, the measure was also attractive to other eurozone countries, which ended up third by demanding, with the support of the Vice President and Minister for the Ecological Transition and the Demographic Challenge, a different cap on gas, which ended up settling in the 180 euros/MWh with the favorable vote of Germany and the abstention of the Netherlands. After eight long hours of meeting, the 27 agreed that this limit will be activated if the gas price exceeds that amount for three consecutive days and there is a difference of more than 35 euros with the global LNG markets.

The EU has launched this week the process to lay the foundations for a reform of the energy market, with the main objective of decoupling the price of electricity from the gas market, so that the control of Russian supply is completely eliminated . While this reform, which will directly link Spain, is being deliberated and submitted to public information, the context of the Iberian exception may also change significantly, something that would further complicate the decision that the Spanish Executive must post on .