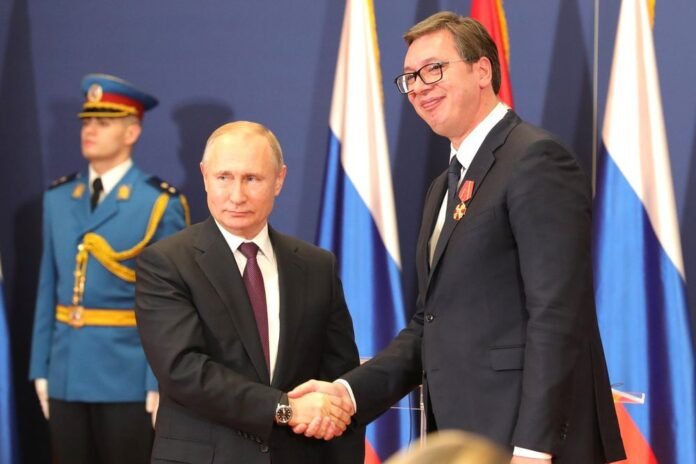 Aleksandr Vučić received today from the Russian ambassador in Belgrade, Aleksandr Botsan-Kharchenko, Vladimir Putin’s official congratulatory text for Christmas and the New Year 2023, which the Russian leader ended with the following words: cooperation for the benefit of the brother peoples of Russia. and Serbia”. In response, the Serbian politician expressed his hope that “Serbian-Russian relations will continue to strengthen”, wishing that “peace and prosperity will return to the territory of all of Europe”.

Milorad Dodik, responding to a congratulatory letter from the head of the Russian Foreign Ministry, emphasized the following: “I wish Minister Lavrov and the brotherly Russian people all the best in the new year 2023 so that we can continue to work together to strengthen our bilateral relations for the benefit of the Serbian and Russian peoples”.