HomeLatest NewsSergei Bezrukov, who disowned the Brigade, made an unexpected decision
Latest News

Sergei Bezrukov, who disowned the Brigade, made an unexpected decision 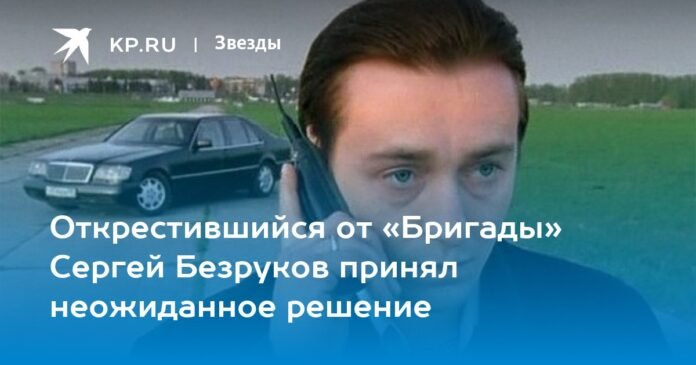 Sometimes it seems that the 90s have sunk into oblivion. And sometimes it is the other way around. Here, for example, the criminal saga “Brigade” was broadcast in 2002, but the project still excites the public. The actors continue to regularly answer questions about the continuation of the series and, as a rule, are cunning when they say that they would not like to return to it.

At least once, Sergei Bezrukov, who allegedly forever closed the image of the criminal and murderer, the leader of the organized crime group Sasha Bely, has already resurrected this character. He was in Timati’s video.

Now the artistic director of the Provincial Theater decided to remind the audience of this glorious bandit again and invited him to play the criminal.

– This year the series “Brigade” turned 20 years old! Sergey recalled on social networks. – How quickly time flies, but it’s good that the series is still loved and watched.

After that, the artist called on VK users to dress up as a crime boss and shoot videos in vertical video format for uploading to the Clips section of VK with the hashtag #Brigada2022. He can wear quotes, the theme song and soundtrack from the movie, and appropriate clothing in the video.

For those who are most successful in posing as white, Bezrukov has prepared gifts: a video message and a surprise box “Greetings from the brigade.” The winner will be chosen on December 30.

People have already begun to upload videos with might and main, dressing up on New Year’s Eve instead of Santa Claus in Sasha Bely, who put more than a dozen competitors in the series.

Some approached it so creatively that they shot short films, complete with costumes, their own script, editing, and unique makeup. So, for example, a team of accountants from the Trans-Baikal Regional General Service Center acted, “hammering the arrow” for the client.

Share
Facebook
Twitter
Pinterest
WhatsApp
Previous article
The Zapashny brothers will present in St. Petersburg the New Year’s circus show “If I were a queen” KXan 36 Daily News
Next article
Russians who left the country will be banned from self-employment