HomeLatest NewsSmall gasoline companies warn of supply shortages after the end of the...
Latest News 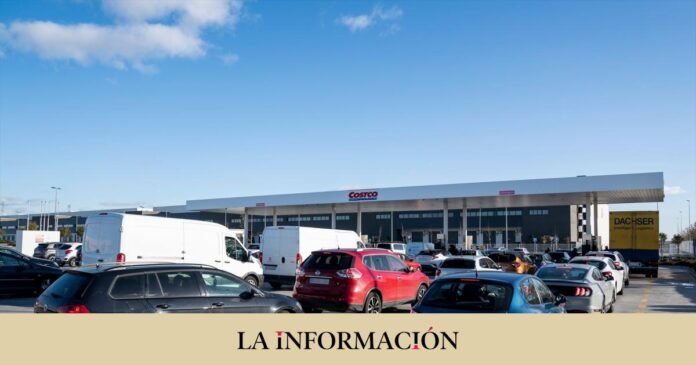 The announcement that the 20-cent discount on fuels was coming to an end on December 31 has been viewed with suspicion by the sector, which fears that it will not be able to cope with the increase in demand from drivers wanting to refuel their vehicles before the Prices will go up again almost automatically. The most feared scenes are the long lines lived at the gas stations on April 1, when the measure that lowered the prices of diesel and gasoline came into force, which at that time were around 2 euros per liter.

Sources from the sector consulted by La Información predict a “very pronounced” increase in the demand for fuels and express their doubts that the existing supply can fully absorb it. The Spanish Confederation of Service Station Employers (CEEES) shows the same line, which points out that supply bottlenecks may appear “in the event that the 11,800 service stations in Spain request fuel at the same time and from one day to the next”. Repsol, BP, Shell and Galp have already announced that they will maintain the discount.

It is precisely the smallest service stations and those that operate independently that are already beginning to have supply problems. According to CEEES, there are suppliers that have already communicated the impossibility of serving the requested fuel, due to technical difficulties or because they have suffered a “out of stocks”. These gas stations, called ‘white’ in the slang, purchase their supplies from the operator that offers the best price, and set the retail price freely, in direct competition with the large chains.

The situation is different among the large operators. Both Cepsa and BP have confirmed to this medium that they had already anticipated an increase in customers due to the Christmas season, for which reason they have reinforced their services. The British oil company has foreseen this greater influx and ensures that it has the volume of stock necessary to meet the needs of drivers. Cepsa, for its part, is analyzing the Government’s announcement to decide future actions in this regard.

According to the latest data available, the former account for 40% of the market, while the other two groups complete the remaining 60%. Within the latter, Repsol stands out, the operator with the greatest presence in the market with 25% of the supply facilities. It is followed by Cepsa, with 12.5%, and BP, with 6.6%. Together, they add up to more than 40% of the stations.

The cost of the bonus of 20 cents per liter during its first three months of application was estimated at 1,423 million euros, so that for the nine months that it has been in force it amounts to more than 4,000 million euros. The cost has been one of the main reasons why its elimination would have been decided, as well as its regressive nature, since it applies to everyone equally, regardless of their income.

Diesel and gasoline, in decline

In addition, from the Executive they defend that the price of fuels has been falling in recent months. Diesel is around 1.6 euros and gasoline, around 1.5 euros, compared to the maximums of 2.1 euros and 2.15 euros, respectively, which they have reached this year. However, the price of a liter of gasoline is 7.72% more expensive than a year ago, while in the case of diesel it is 23.58% higher.

The gap between the two is now 10 cents (it has reached 20) while the average price of a liter of diesel in Spain remains above gasoline for the nineteenth consecutive week. This average amount for both fuels includes taxes, but does not reflect the Executive discount or the additional reductions from oil companies.

The Repsol delegate, Josu Jon Imaz, has come to warn that the price of diesel will decrease more than that due to the fact that during the winter this fuel adviser increases its margins compared to other periods of the year, as well as due to the restriction on imports. of Russian diesel. He also considers that there is the possibility that some countries use diesel to generate energy instead of liquefied natural gas (LNG), which consumes more demand and, with it, the price.