HomeLatest NewsSo I congratulated her: New Year's greetings from the head of the...
Latest News

So I congratulated her: New Year’s greetings from the head of the German Defense Ministry may cost her her place 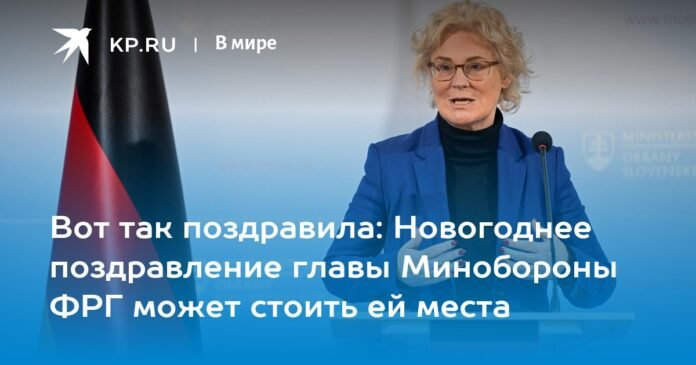 German Defense Minister Christina Lambrecht has been embroiled in controversy after she decided to share her personal impressions on the situation in Europe. The head of the Ministry of Defense recorded her New Year’s video to the sound of the explosion of New Year’s firecrackers, calling the conflict in Ukraine an occasion to meet “interesting and wonderful people”, for which the Minister “She is frankly grateful to fate.” .”

It’s not just the ridiculous video though. The current Minister of Defense did not reach her position because of her merits in defending Germany: she is a lawyer by training and dedicated herself to the practice of private law before entering politics. It was just that Olaf Scholz, who had taken the place of Federal Chancellor, urgently needed a female minister as part of promoting the gender agenda. The choice fell on Lambrecht.

Now in Germany they are betting on how long the current head of the Ministry of Defense will hold on in his place.