Soltec partners with Canadian Solar for solar supplies in Brazil 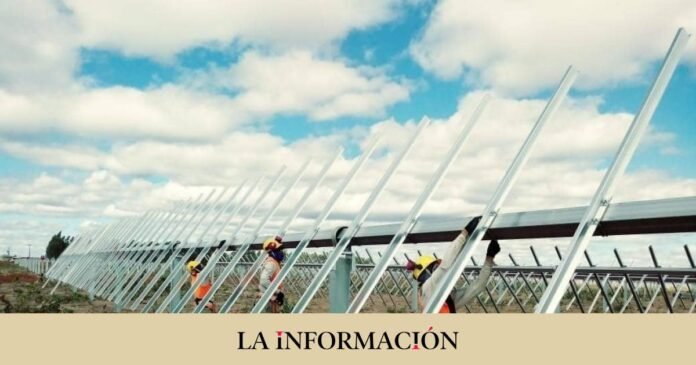 Soltec Power Holdings expands its business in Brazil, where it already has 4.6 gigawatts of power installed. On this occasion, the energy power has signed a contract with the Canadian Solar company to supply solar trackers to two photovoltaic parks in the country of Rio de Janeiro, with an installed installation of 738 megawatts, and whose installation began in mid-2023.

As reported by the energy company to the National Securities and Markets Commission (CNMV), these photovoltaic projects are located in the Brazilian regions of Piauí and Ceará and represent a new operation in Brazil.

The construction of these two parks will prevent the emission of more than 1.5 million tons of carbon dioxide into the atmosphere and the energy they generate will be equivalent to a sufficient amount to supply more than 900,000 homes.

Soltec has had an office and factory in the country since 2015 and a year earlier, in 2014, it developed its first project in Latin America. In the last year, the company has signed contracts to supply solar trackers in Peru and Colombia, with a total of 610 megawatts (MW) of power, and in Chile, where it adds more than 2 gigawatts of power.

As can be seen from its strategic plan, presented in May of this year, the company expects the supply of solar trackers to reach accumulated volumes of between 26 and 30 gigawatts in the year 2025, as well as forecast revenue of between 8.05 billion euros, and a gross operating result (Ebitda) of between 45 and 50 million euros.

The CEO of Soltec, Raúl Morales, has highlighted “the good reception” that the company has in Brazil and “the pride” that comes with collaborating with companies such as Canadian Solar, with which he shares the objective of an energy transition based on energy solar.