Solutions for a more sustainable and profitable agriculture 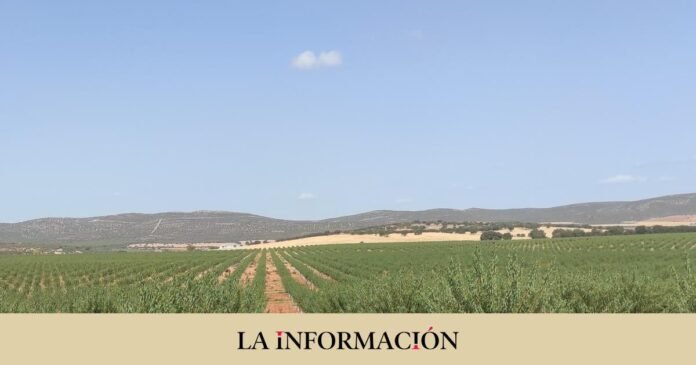 According to UN figures, by the year 2030 -less than ten years- there will be some 8,600 million people on the planet, that is, a billion more than we are now. This increase will have a greater impact on cities, which will have to expand to accommodate this growing population, often at the cost of arable land.

Agriculture is one of the main economic activities globally and one of the most necessary. The sustenance of a population that is growing unstoppably depends on functional and efficient agriculture and, therefore, each time requires a greater amount of food for its sustenance. In addition, due to urban expansion, agriculture must face the challenge of producing more in a smaller potential area.

The current climate emergency situation is an added problem. Traditionally, Spain has always been a country with a complex water situation. It is no coincidence that, already in the 19th century, its legislation on water was pioneering in Europe. Climate change has undoubtedly worsened a situation of habitual water stress, with times in which the consumption of such a valuable resource exceeds the quantities available, as happened this summer in many areas of Spain, which were forced to impose restrictions on use. All this, added to the change in temperatures and the appearance of other extreme climatic episodes, often make it necessary to look for new types of crops that are better adapted to the new climate characteristics.

In this context, marked by a growing population, the reduction of arable land and the consequences of climate change, investing in the agricultural sector is essential to guarantee that all people can have access to adequate and healthy food. And it is that agriculture faces a decisive challenge: it must be able to produce more, using fewer resources.

The advance towards a technical agriculture is one of the main tasks to undertake to optimize the economic costs and the consumption of resources in agriculture, thus trying to establish a more efficient production.

Taking advantage of reclaimed water for irrigation increases the sustainability of the farm.AGBAR

On the one hand, the transition to precision irrigation is considered as an essential solution, incorporating the different technologies available. The evolution to this type of systems, from other less efficient ones such as flood irrigation, will mean significant water savings. In addition, it is important to bet on the use of unconventional water resources, such as the use of reclaimed water for irrigation, further increasing the water sustainability of the farm.

On the other hand, the implementation of high-efficiency farming systems that allow better use of productive resources, such as water, energy, fertilizers or phytosanitary products, is presented as a highly valuable alternative.

The application of these innovations will imply an environmental benefit, in line with the historical role of the farmer as the main defender of the environment and the first line of defense against climate change, since his activity depends on his environment.

Agbar Agriculture offers services and solutions aimed at optimizing agricultural production. Its expert teams are capable of advising the agricultural producer throughout the entire production process on his farm to achieve a more efficient and productive model: study of the technical and economic feasibility of the different crops to be implanted (according to the particular characteristics of each farm, such as location, orography, climate, soil type and water availability), project design, execution of the “turnkey” project and subsequent technical advice for crop management. All this having digitalization and sustainability as the central axes of its work, adapting each project to the vision of the European Union, thus achieving maximum profitability, competitiveness and sustainability of farms.

Share
Facebook
Twitter
Pinterest
WhatsApp
Previous article
Each strike is thousands of projectiles not launched by the Ukrainian Armed Forces: how Russia selects targets in Ukraine
Next article
Dior launches a special collection for Tokyo