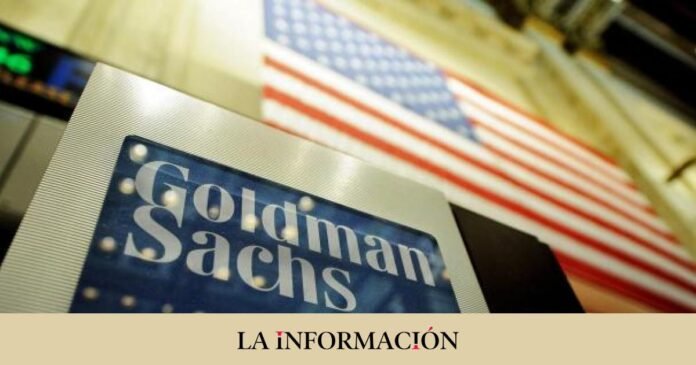 The recovery after the pandemic in the industrial and service sectors has been much more intense in the countries of southern Europe than in the Eurozone as a whole. However, the energy crisis aggravated by the invasion of Ukraine, the inflation rally or the persistent bottlenecks in some supply chains, together with the abrupt rise in interest rates to tackle the rise in the cost of living have caused a slowdown in economic activity from the third quarter.

The disadvantage that this situation entails for Spain, Portugal, Italy and Greece is that they have not yet recovered the levels of investment prior to the last financial crisis (the investment/GDP ratio would still be around 3.5 points below that registered in 2007). The lack of capital investment or CAPEX (the money companies invest in physical assets) has been accompanied by subdued productivity growth, especially in Greece and Italy.

Although this weakening of the economy may cause this variable to slow down again, European fiscal programs -both the Next Generation Funds and the REPowerEU- and the sharp decrease in private debt offer a more benign framework for capital spending, according to a report of Goldman Sachs to which he has had access to ‘The Information’. “To achieve sustained growth in the long term, southern Europe must close the investment gap with the euro area, which stands at around 2.5% of GDP, while Greece lags even further behind,” they warn. from US investment bank.

Specifically, the recovery funds will allocate an amount greater than 3% of GDP to investment; the Commission has guaranteed another 40,000 million additional in investments destined to energy saving technology (REPowerEU) and there is the possibility of reallocating the excess lending capacity in the Recovery Fund, which could expand the support in the fiscal002. million (the equivalent of 1.5% of EU GDP) over the next three years. In this last point some 100,000 million additional financing is contemplated for the countries of southern Europe.

In the early 2000s, Southern Europe enjoyed above-average capital spending in all countries – with the exception of Italy. Meanwhile, today the Eurozone as a whole has almost recovered the level of investment in relation to GDP that it had before the world financial crisis, contrary to what happens with the southernmost countries of the region. The lack of investment among the southern states has been accompanied by moderate productivity growth in Greece and Italy, “while the higher productivity growth in Portugal and Spain has been made possible by faster capital accumulation,” they point from the entity.

Given the expectation that the European Central Bank will continue to raise interest rates in the coming months and given that the pressure from the increases that it has already been applying is slowly but steadily passing through to debt costs, “the countries of the south of Europe faces a special urgency to accelerate investment and guarantee future growth,” says the North American firm. Experience from the financial crisis revealed how important the composition, as well as the size, of fiscal consolidation is.

While Greece, Portugal and Italy increased their primary balances during the 2010s, the growth profiles remained very different. Italy became the region’s laggard in terms of growth, while Spain, the country with the region’s lowest primary balances over the same period, enjoyed the strongest growth results until the Covid-induced recession. . These differences in the progress of their economy also made it more difficult for some to keep the debt-to-GDP ratio at bay.

In Greece, Portugal and Spain, the decline in the cost of debt since the end of the sovereign crisis was combined with a stronger growth momentum from the mid-2010s. This allowed debt-to-GDP ratios to fall significantly both in the Portuguese and Spanish cases. In Italy, by contrast, real growth slowed so much that it offset the benefits of lower borrowing costs, and sovereign debt consolidation was fairly limited.

The effect of interest rates at 3.5%

At Goldman Sachs, they expect the ECB’s cycle of increases to continue until the official rates reach 3.25% (compared to the 3% previously calculated). With this perspective, they contemplate that the yield curves of the sovereign bonds of Italy, Spain, Portugal and Greece move upwards and flatten in all countries, with the Italian front end (1 year) revaluing by more than 200 basis points and the 10-year yield gaining almost 150 basis points in 2025.

Looking ahead to 2026, the average cost of debt could easily reach levels similar to those of the early 2010s, with increases ranging from 15 basis points in Greece to almost 90 basis points in Italy. “In line with the experience gained after the sovereign debt crisis, and in light of debt sustainability relative to GDP, current market prices make it especially urgent for southern Europe to close the investment and collateralized gap future growth taking advantage of the combination of available European fiscal policies”, warned from the investment bank.