Spain, in the time tunnel | Opinion of José Antonio Navas 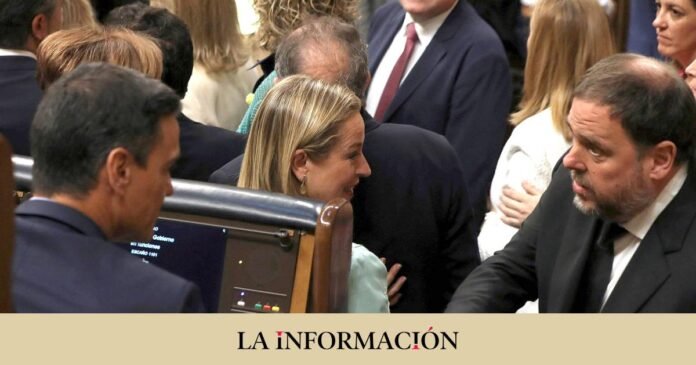 In the first years of the Transition, when political change began to be nurtured with the ingredients of consensus and parliamentary containment, some of the residual forces and tributaries of the old regime were scandalized every time their emerging adversaries took advantage of the demonstrations to raise some what another republican flag. The tricolor ensign, no more than two or three and always at the end of the human entourage, is used as a symbol of the workers’ struggle and the new system of freedoms, but without any desire to claim the State model established in 1931 with the Second World War. Republic. The anecdote has become a category with the passage of time, modifying, and in what way, the outcome of the story and demonstrating once again that the plague is transmitted as an effect of charity in every living organism that has not been previously and Suitably immunized.

Two generations after those childish dalliances, Spain is witnessing a new constituent process irreversibly dormant since the beginning of the current legislature and which has been acquiring a natural status as a natural development of what came to be called the investiture bloc. Instead, a government made up of the lust for power of some and the revolutionary instinct of others that has caused an institutional metastasis of the State, sowing a seed of social division with the scarecrow of immutable and unrepentant dogmas emanating from supposed secular religions that do not documented the existence of atheists. Feminism, animalism, environmentalism and other ‘isms’ inflamed by the fervent progressive catechism have laminated the values, customs and historical habits of coexistence of the last four decades, thanks also to the anomie of an overly complacent Amovursta society in aid of the victor .

Pedro Sánchez has set himself up as a faithful emulator of the most absolutist Louis XIV to proclaim a new declaration of principles under the slogan “I am the State”. The egocentrism of the President of the Government may be as intrepid as it is unheard of, but perhaps and also for this reason, he has astonished many of the country’s great notables who have always been careful to face the established power bare-chested. The socialist leader has found a clear path to waddle for his respect as the highest sovereign of the kingdom, endowed with a supposed authority that empowers him to manipulate any legal system at his whim. The common denominator of such perverse powers is substantiated in a funnel law used impudently to launch criminal charges against his opponents while twisting the Penal Code in order to breathe new life into his monstrous political project.

The Moncloa tenant intends to throw his Podemos allies out the window with whom he once again suffers serious nightmares in the exercise of an unstable and unsustainable government. At this point in the mandate, the contradictions have become cannon fodder, evidencing an impracticable cohabitation of power. The divergences are obvious and cloud any legislative attempt. The ‘Yes is Yes’ law, the Animal Welfare law, the ‘trans’ law, the gag law and the Housing law, as well as the new taxes or the revision of Pensions have given rise in recent weeks to many other trenches opened within of the guerrilla war that pathologically convulses the council of ministers. A battle that will intensify over the next few months until Yolanda Díaz understands that the platform that makes her taller and more slender consists of joining Sánchez’s proletarian service without wasting any more time in useless costume changes as a communist preschooler.

The regrouping of the radical left embodied by the current Minister of Labor with the brand new Sanchista Party, set up with a parliamentary roller blow, is a necessary condition, but not a sufficient one, to face the 2023 electoral agenda with certain guarantees. speak first on May 28 at the local and regional level, but what really occupies and worries the great socialist trout is the appointment in mid-December, when the possibility of revalidating his crown for another four years is at stake. In the current and uncertain political, social and economic scenario, the PSOE needs to move the bench of its alliances as soon as possible, replacing the worst Podemos companies with another upstart partner to the cause and sufficiently trained to form a government clamp in front of which The Popular Party will need, whether it wants to or not, the collaboration of Vox.

The roadmap designed by Sánchez consists simply and simply in empowering Oriol Junqueras so that he is free of charges after the riot of 1-O and can head an electoral list on behalf of ERC with all the prerogatives. The quintessential Catalan leader is called to occupy Sánchez’s left as a preferred ally in the face of the formation of an eventual social-republican coalition. A very uncomfortable alternative to the feeling of the main barons of the PSOE, who will see their commitment to maintaining the easy chair seriously crippled within territories where the nationalist and anti-monarchist virus that the master and lord of Ferraz has infected has not yet taken root. For them and other historical socialists frightened by the drift of their party, the last burning nail lies in the messages that Felipe VI transmits tonight if the King’s most anticipated speech exceeds the limits of the endorsement exercised by Moncloa on all movements that emanate from Zarzuela.

Clean The possibility that the words of the Head of State dissuade the Prime Minister from his mistakes are nil because the arbitral functions that the Constitution grants to the monarch prevent any sign of discrepancy with respect to the actions of the executive and legislative powers. The terrain is fatally inclined to compromise with parliamentary forces that have been eroding the political system for some time and taking advantage of the weakness of successive central governments. At this point, there is no longer a need for clandestine coats of arms at the end of union demonstrations because the red flag has begun to be dyed the purple hue immanent to that quarrelsome republicanism that tries to impose itself with elbows throughout the country. The ‘procés’ in Catalonia has given way to the process in Spain and the self-determination referendum that is being demanded by the Generalitat is only an intermediate station. And after that? That is the question whose answer is about to write. We leave it there that tonight is Christmas Eve… and tomorrow God will say if Spain will be republican.